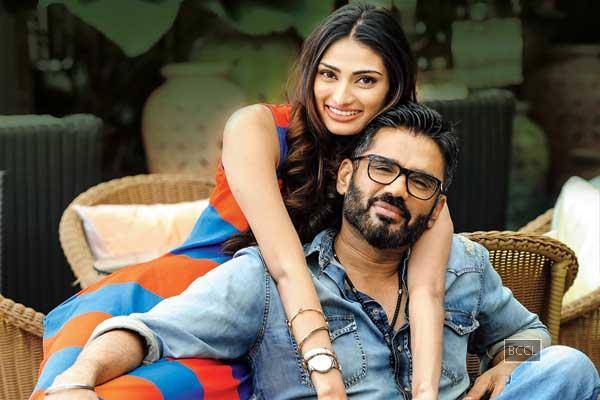 Bollywood has the ruling families, be it Kapoo’r, Bachchan’s, Khan’s or Roshan’s in the industry, their generations are always seen serving the industry with hit movies, new ideas, updated lifestyle, trendy fashion, and style! The star kids of the industry sometimes face the great heights and at the time, a great fall becomes the end of their careers.

All the newcomers are lined up to start a fashion squad of Bollywood to all the young fans out there! Athiya Shetty & Shruti Haasan Setting The Fashion World On Fire!! The New Style Squad From Bollywood!

No matter that the star kid is from the Kapoor or the khans family, what make them successful is their acting, luck, and the destiny. It is seen that from the anil Kapoor’s family- Sanjay Kapoor had a great fall in the industry instead of him, Arjun Kapoor- The son of Boney Kapoor is the shining star of the silver screen!

Now, here are some star kids who are kept behind the curtains, soon they will also be seen in the posters, at reality shows, chief guest the dance shows, on the fashion runways or in the advertisements!

These star kids will be seen releasing their debut movies this year or the early next year! No matter how their acting will be or will they rock the silver screen, everyone out there is excited to just see who are the kids of whom and will, of course, judge their roles on the screens with their parents or ancestors!

Let’s wait till they are seen on screens, and know what they are doing these days to rise up in the industry! Here are the Star Kids Of Bollywood Celebs Trying Hard To Rise!

She is one of the star kids who has just debuted with Suraj Pancholi in the movie ‘Hero’! She is the daughter of Suniel Shetty. It was the unexpected appearance of Athiya Shetty in the movie and no one expected that Aditya Patchouli’s son Suraj Pancholi will debut a movie!

Suraj was all known for his bad image in the media with Jiah Khan’s case! Still everybody knows that Bollywood accepts everything and anything. so be it the case of Suraj Pancholi or any mishap it’s okay with Bollywood world! Later it was revealed that Ahitya Shetty is the daughter of Suniel Shetty.

Here is the another in the list of star kids. Harshvardhan is the son of anil Kapoor and the brother of Sonam Kapoor. Today everyone tagging him with his father’s name and sister’s name and that’s the way of Bollywood how the star kids movies go superhits- With the name of their superstar father or mother’s name! These days he is assisting the director, Anurag Kashyap and that’s good that he is experiencing a great level of work and it’s the world before debuting in the movies.

You will see Harshvardhan soon debuting in the movies, end of the year or early of the next year!

# Junaid Khan- He is the most awaited star kids of Aamir khan!

Junaid is one of the star kids who is the most awaited one in the industry! Junaid is the son of Aamir khan- yeahh! of course! From his first wife Reena Dutta! The biggest fact about him is, he is and assistant director. Junaid has made his Bollywood debut as an assistant director with Raj Kumar Hirani’s film PK.

The most unwrapped thing about Junaid is, he is dating his ex-classmate  Sonam Varma. Both were spotted hanging around and he also told his father about his future plans!

# Jhanvi Kapoor- She is the daughter of Sridevi!

Being the star kids, she knows the perfect place for her in the industry. Jhanvi is trying harder to set her role in the b-town. She was spotted on several occasions and awards with her mother Sridevi who never shies away from promoting her kids, she is doing every second and third thing to make her daughter a blockbuster!

Soon Jhanvi will be seen debuting opposite to the southern star. She is even planning to beyond her reach and open a fashion boutique line as she has two personal stylists and that too at this age!

She is the one who is not so known in the industry but yeah! She is a star kids! Sara is the daughter of saif Ali khan and that is obvious, from his first wife amrita Singh!

The rumors are denying that Sara have no connection with Bollywood except being nawab’s daughter! She even attended the saif’s marriage with Kareena and was spotted taking selfies with her new mom (maybe)!