It seems like these divas might jump on the 20th floor if ever face their phobias! Deep sea diving or watching that horror movie, sleeping in a dark room or playing with the butterflies!

These divas are afraid to face their phobia and temporarily pause their mind. This is a psychological problem almost every 3rd human have in their life!

No matter what the age is, no matter what role they play or how famous they are, as being human they too have phobias and that too very weird ones. Their phobias might be the very normal thing for you but these divas are very afraid.

here are the Bollywood Divas Phobia And Their Weird Nightmares!

This is very unexpected that Bollywood divas phobia will be very everyday things you might have never imagined!

Sonam, being a fashionista, and a Bollywood icon best known for her outfits and dresses and fashion sense is phobic to- ELEVATORS!

YEAH! You heard it right, she is phobic to the elevators. Once during her shooting of a movie, she was asked to give a shot where she have to use elevators, Sonam took 5 hours to face her biggest phobia of life. she took total 5 hours to give a single shot.

Bollywood divas phobia is little strange and annoying. Even Sonam once said that’ she get the weird nightmares of elevators.

# Katrina Kaif- She is afraid of darkness and tomatoes !

Here comes the Katrina, she also hit the list of Bollywood divas phobia. She is phobic to the darkness. She is afraid is left out in the dark room or hall. She can’t manage her senses when she feels dark around her.

Katrina never steps out of the house in the darkness, she believes that she gets the strong feeling of ghosts and evil spirits. She is afraid of darkness and it seems like, her biggest nightmare might be only darkness. Many people on this earth have this phobia of darkness. and some of them are mad to the extent of hell!

Bollywood divas phobia is the thing that seems so normal and generic that, you might laugh on their phobias. But some human has this psychology to take and think about those things to an extent that it becomes their phobias.

It is no wonder that Bollywood divas phobia list is hit by Priyanka Chopra too. every human live in some deep dark truths of life, be it their nightmares or phobias.

Once Priyanka said that “No doubt I’m scared about horses, but I make it sure to face them and come out my fear as soon as I can”!

‘Monjolika’ role was hell and this Bollywood divas phobia is so normal and hilarious! But always remember that every human is not same on this planet!

Vidhya is phobic to cats even sometimes gets the nightmares of their weird creature- Cat!

Vidhya played the role of ‘Monjolika’ in a movie, that was her most horror avatar on the screen ever. After doing such a great horror scenes and movie, she is afraid of cats?

That’s weird with her but the ultimate fact is, she is highly phobic to cats and that’s the worst Bollywood divas phobia!

Yeah!! Deepika hit the list with worst Bollywood divas phobia ever! She is afraid of heights and snakes.

When she was doing the movie, Race 2, it was a difficult task for her to perform the tasks! She hates those adventures that are based on the heights.

Even Deepika is also phobic to the snakes. The worst thing she finds about snakes is their skin and scales on the body. That’s might be weird and annoying to you too! She can’t tolerate snakes and even their images in front of her.

# Celina Jaitley- She is beautiful but phobic to butterflies!

She gets nervous and shouts like hell if seen any butterfly near her.

This Bollywood divas phobia is the worst and the most common phobia of every girl. She is phobic to the cockroaches and insects.

She is a biggest insect hater. She hates cockroaches, ant, flies and every insect that she can’t tolerate it for a second!

#Alia Bhatt- She runs away of darkness!

Obviously, Alia need to hit the list of  Bollywood divas phobia! She is a kid, cute and chirpy.

Being a baby of Bollywood, Alia is highly phobic to darkness. She might get the nervous breakdown if left in a dark room for next 5 seconds! 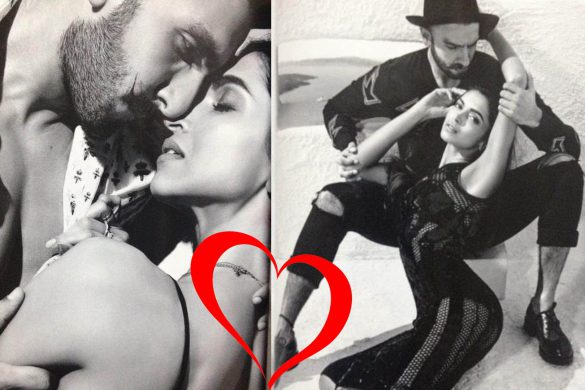 Most Stylish Celebrity Couple In Bollywood!!