Home Entertainment 10 TV Serials which are Missed by every 90s Born Girl!!

Being a 90 kid was fun and if you’re one of them then congrats you must have experienced one of the best life experience. Away from all those gadgets for a while I can say that every 90’s kid is lucky in a way. Moreover, we witnessed one of the most entertaining television serials that are now replaced with stupid daily shows and Naagins. Wish someone could bring us back those sultry days. Let’s have a look at such 10 TV Serials which are Missed by every 90s Born Girl!

Miley Cyrus, as a teenager started her career with this. She played the role of a teenage girl who becomes an overnight pop star sensation tries to conceal her identity from public. Miley looks extremely cute as a teenager in this and you can watch her over again and again.

Raven is just not just a normal teenager as she can see the glimpses of future. Her adventures will make you laugh and fall in love with her at the same time. The plot is exciting and entertaining at the same time.

Plot in a hosital the story revolves around young interns who are trying to set their career in the field of medicine interwinged with their personal lives. The show was aired for quite a long time and was one of the most popular tv serials. Karan Singh Grover leading the show became an overnight sensation with the show.

The most popular show, the most iconic characters FRIENDS is one of our favorite from the entire list. I can literally watch this how again and again all my life. Ross, Rachael, Phoebe, Chandelier, Monica and Joey all sets true friendship goals who never leave each other at any situation.

A show adapted from the stories of R K Narayan, Malgudi days was one of the most iconic show of Indian television. Shot in Kerala and South, Malgudi days follows the lives of simple people living in a small town Malgudi.

A family dominated by women 5 daughters of a middle class family and the hilarious mess happens at the house on daily basis. Not to forget father’s previous wife who was although dead, never stopped commenting on the ongoing situations at home.

Much before reality show, Boogie Woogie is all about dance. No senti craps that today’s reality show goes through, the show presented some of the actual talents with anchors like Javed Jaffrey who’s could have not missed the show.

See This Too- WHICH ACTRESS RESEMBLES YOU AS PER YOUR ZODIAC!!

One crazy joint family interlinked with each other in a manner that you’ll not stop laughing. With characters like Hansa and Prafful who became iconic, the show was a light hearted comedy which reflected the essence of a true joint family.

I still remember my parents giving me lecture about watching the show again and again and grab a hand on my General knowledge. The show was a massive hit and Amitabh Bachchan gained a much needed fame through the show.

How Many Of Them Have You Seen? Also tell us your favorite 90’s show below. 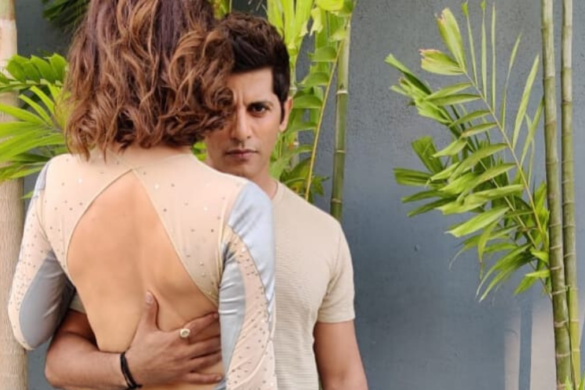