Shilpa Shinde, the name might not remind you of the lady, but when we tell you her fictional name which is “Angoori Bhabhi”, then you know who we are talking about. Shilpa is an Indian television actress and she is best known for her role in a TV Series “Bhabhi Ji Ghar Par Hain!”. Shilpa was born in Mumbai, Maharashtra, India on 28 August 1977. Shilpa’s zodiac sign is Virgo. Shilpa did her Graduation in Psychology. Shilpa’s family background is not known.

Shilpa made her debut in television industry in December, 1999 with a negative role in a TV show “Bhabhi”. The Tv Series is not very much famous, but it sure gave a start to Shilpa’s acting career.

Shilpa has also appeared in the serials Miss India, Hatim and as Chitra in Sanjeevani. Shilpa had also appeared in Amrapali, Meher (2002). Shilpa played the role of Koyal in Sab TV famous series “Chidiya Ghar“. Later she appeared in numerous TV shows like “Devon Ke Dev Mahadev“, “Lapataganj” and the serial she got most famous with “Bhabhi Jee Ghar Par Hain!“.

Shilpa has appeared in two Telugu films, Dasari Narayana Rao’s “Chhina” and Suresh Verma’s “Shivani”. Shilpa Shinde has recently apppeared in an item number in a movie called “Patel Ki Punjabi Shadi” which was set to release on 15 September 2017. The title of the item number is “Maro Line” and is sung by Neha Kakkar. In this item number, she has been seen dancing with Rishi Kapoor and Vir Das. Check it out.

Not many people are aware that Shilpa was once engaged to TV actor Romit Raj. They met on the sets of their show Maayka, and after dating for a while they decided to get married. The wedding was supposed to take place in Goa, and everything from the wedding cards to jewellery and outfits was ready. Unfortunately, the alliance was called off due to unknown reasons. She Said,

“I had left everything because of my marriage. As a girl I know what my responsibility towards my husband and his family is and I used to do everything according to his will. I kept all his family members in mind, but he still expected more from me. In fact, I always used to give my shooting time to them due to which I stopped getting offers because of my terms and conditions.”

“Whatever I was able to do, I did and more than him I spent my time with his family. But now when we have split no one from his family has even bothered to call me and speak to me. I find this very strange, I was feeling as I had done so much for them.”

“My wedding preparations were done, my wedding outfit was ready, I had even bought my jewellery and the cards were also printed. It is very sad that I had to call off my marriage one month prior to the actual date. But I feel it is a wise decision and I am very happy that at least now I won’t have to make adjustments for each and every single thing. I will now be able to take my own decisions.”

Romit later got married to Tina Kakkar in 2010.

As per Shilpa Shinde’s hobbies, she likes to go for shopping and loves to dance. Her favourite actor is Sachin Khedekar. Her favourite designer is Ritu Kumar and her favourite colour is white and yellow.

Where there is glamour there are controversies. Shilpa Shinde has faced a few controversies. Shilpa left a tv show “Do Dil Ek Jaan” of Life OK as she felt that her character was not getting much attention. Then, later in 2016, she left the popular tv show “Bhabhi Jee Ghar Par Hain!” due to her issues with the production house. She even filed an FIR against Sanjay Kohli accusing him of Sexual Harassment. Even after knowing the fact that she got popular because of this show only, she made the decision of leaving the show.

Shilpa has accounts on Facebook, Instagram and Twitter. We can not say that she will be very much active on social media as she has entered the Bigg Boss house but she had shared her daily life activities. Photos from the sets and photo shoots and even when she is getting her makeup on before the shoot. Seems like she likes to share everything that’s going on with her fans.

Shilpa joined Bigg Boss Season 11 this year and the producer of the show she left “Bhabhi Jee Ghar Par Hain” also joined the show as a celeb contestant. Unlike other years, first day was not calm and relaxed. Shilpa Shinde and producer Vikas Gupta got involved in a verbal spat on day 1 itself. Well You can have a look at it below

The drama begins in the #BB11 house as Shilpa and Vikas get into a heated early morning argument. #BBSneakPeek pic.twitter.com/6z9BJFLAVM

Shilpa Shinde’s family was initially unhappy with her decision to enter the Film Industry.

She is an ardent devotee of Shirdi Sai Baba and Lord Ganesha.

Once she faced a severe migraine attack on the sets of “Bhabhi Jee Ghar Par Hain!” but despite that she continued her shooting. 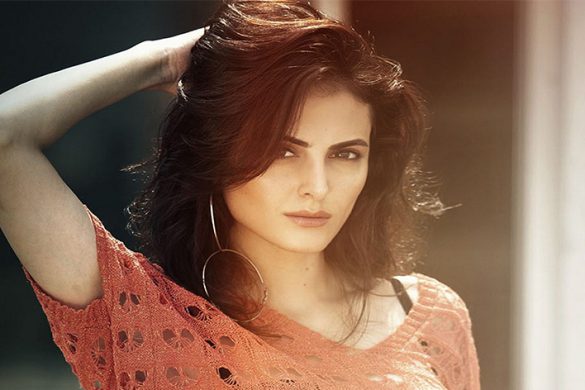