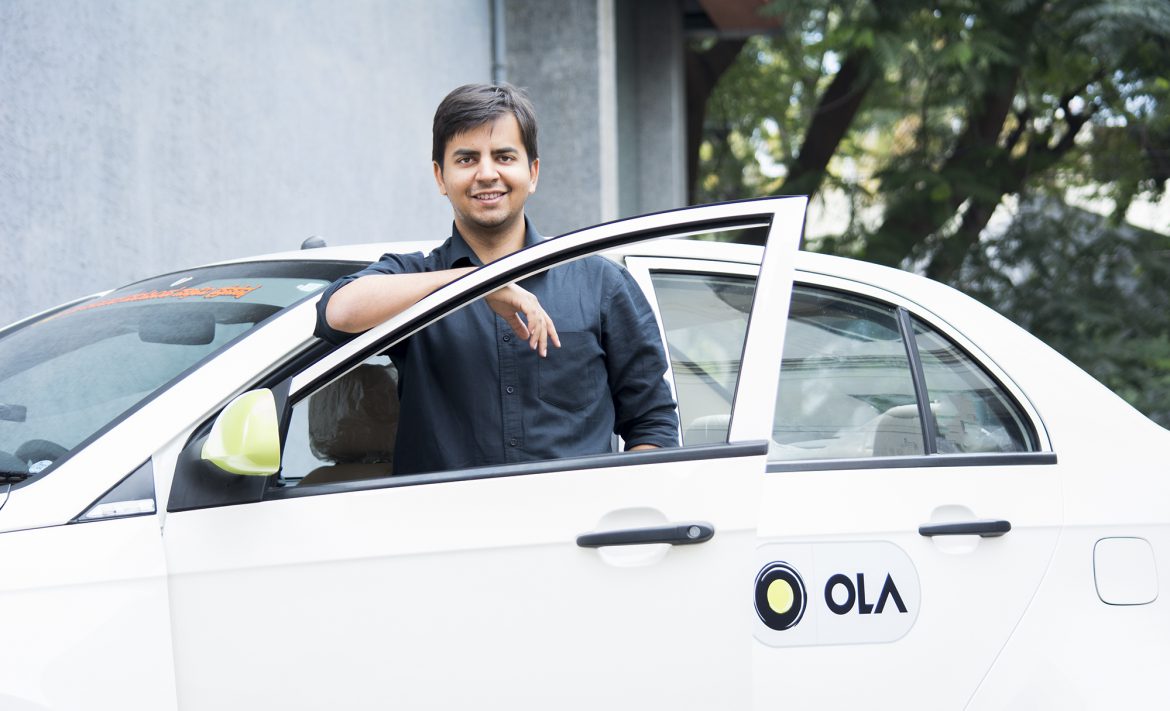 Bhavish Aggarwal, With the growing startup ecosystem in India, there are some Indian entrepreneurs who have turned the tide in their stride and built successful companies. Bhavish is one of those successful entrepreneurs. Bhavish is the co-founder of the OLA cabs. So first of all, let us tell you about him. Bhavish did his graduation in computer science from IIT Bombay in 2008. After his graduation, he went to Microsoft and worked there for 2 years. While he was working under Microsoft, he filed two patents and published three papers in international journals. Bhavish was born on 28 August 1985 in Ludhiana, Punjab.

Bhavish’s father’s name is Naresh Kumar Aggarwal and his mother’s name is Usha Aggarwal. His family resides in Ludhiana, Punjab. At first his parents believed that he has gone crazy and thought he was becoming some kind of travel agent. Eventually, things started changing and as his business started growing, his parents’ belief in him started rising.

Bhavish Aggarwal was in the middle of a journey, so what happened when the idea struck his mind. The driver stopped the car in the middle of the journey and demanded a renegotiation of what Bhavish was paying. After being refused, he proceeded to abandon him en route his destination. This is when he realized how his plight was probably similar to a lot of customers across the country who were looking for a quality cab service, but ended up with a one that stood them up, arrived and dropped them off late or did not stick to their promises, and came with drivers that were nightmares behind the wheels.

On December 2010, when he was joined with the co-founder Ankit Bhati in his start-up journey. Ankit Bhati has dual degree. He has B. Tech and M. Tech dergees, both from IIT Bombay. Bhavish is the CEO of the company and Ankit Bhati is the CTO of the company. Instead of whining and complaining about the problems he faced, Bhavish just went ahead and solved it. Something we should learn to do in our lives.

Business Tycoon Mr. Ratan Tata has invested in OLA and Bhavish himself made this announcement on his twitter handle.

We are thrilled to share that Mr. Ratan Tata has recently invested in Ola, in his personal capacity. While I am personally very excited about this, as a company we can now learn from the rich experience of one of the finest business leaders of our times,

Bhavish won the ET Awards for Entreprenuer Of The Year. His words when he won the award,

It feels very exciting that the efforts are recognised and is a boost of encouragement for the future. It is still very early in our journey. This recognition not just for me, but for the entire Ola team

9AM: Look at detailed metrics for the previous day. Talk to city heads.

11AM-8PM: The huge period of uncertainty. “From here on till evening, my day is very unstructured. I have a broad agenda per day, but given the real time nature of the work, interruptions are many.”.

Bhavish always wanted to become an entrepreneur, but the journey was never easy. Today, the valuation of cab hailing service is USD 3.5 Billion. More than 20 investors have participated in 10 Rounds of funding since 2011. In February 2017, OLA raised $350 million from existing as well as new investors.