Home Fashion 12 Types of Caps That Every Fashion Enthusiast Should Know About!

12 Types of Caps That Every Fashion Enthusiast Should Know About! 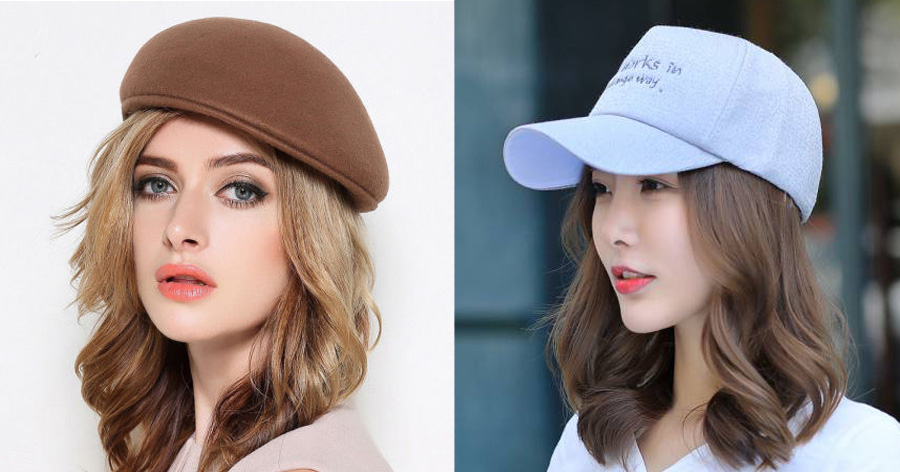 Wearing caps and hats is one of the most stylish fashion trends. Caps give volume to your head and makes you look cute and trendy. Different types of caps serve a different purpose like blocking the sun rays, keeping you cosy or even to look stylish. And in this article, we will be telling you 12 types of caps that every fashion enthusiast should know about. Here, have a look! 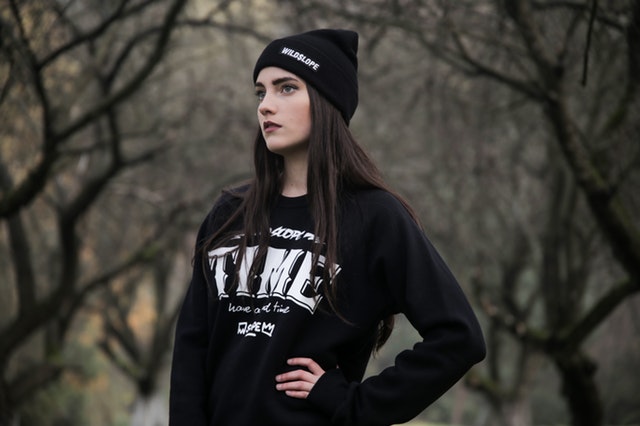 Beanie is one of the types of caps that can be worn by men and women both especially in winters. Initially, beanie was generally worn by men but later it became popular among women too. A beanie is a long and soft hat which is made of wool and provides the protection to head and ears during the harsh winters. Nowadays, it has started coming in new variants with stylish designs and various colours that makes it perfect to be used a fashion enthusiast. Wearing beanie makes you look cuter and stylish at the same time as it gives volume to the upper portion of your face.

A pro tip for girls: You can use beanie for bad hair days, as it hides the oily scalp and gives volume, which makes you good to go for a day out. 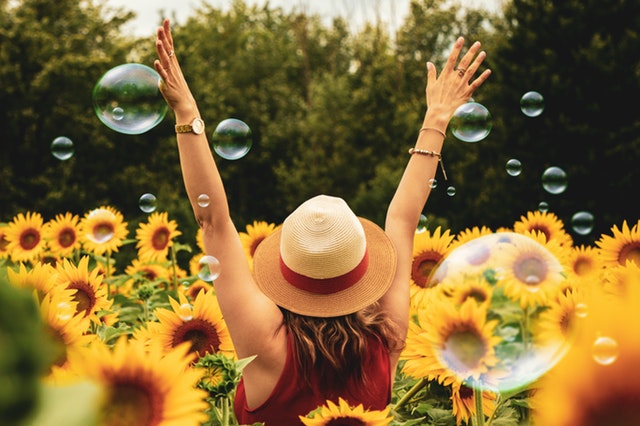 Cloche hats were really in trend and popular in France in the early 19th century. These hats are narrow, long and have a small brim, which is meant to sit low on the head. Later, cloche hats got a makeover and designers added elements like embellishments, buttons etc to it to make it look even better. Wearing these cloche hats with a bodycon dress or with winter outfits look completely stylish. 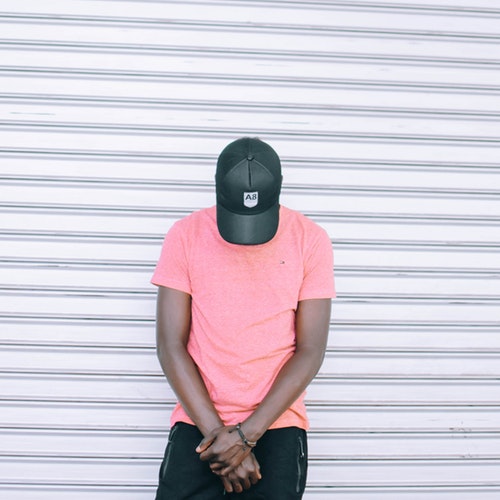 A baseball cap is basically a cotton fabric cap, which was originally worn by baseball players but later in came in trend and everyone started adorning it. The baseball cap has a large peak and an adjustable strap at the back which makes it comfortable to be worn by everyone and it does not have any other sizing criteria.

Baseball caps are easy to style and are one of the most common types of caps that everyone wears. It gives a sporty look and can be worn with jeans, a basic tee and sneakers. The baseball cap is designed to ensure that the cap sits in place and extends out to give protection from heat and sun while playing out. Nowadays, baseball cap has come in many variants like different colours and sizes, so that you can style it well as per your outfit. 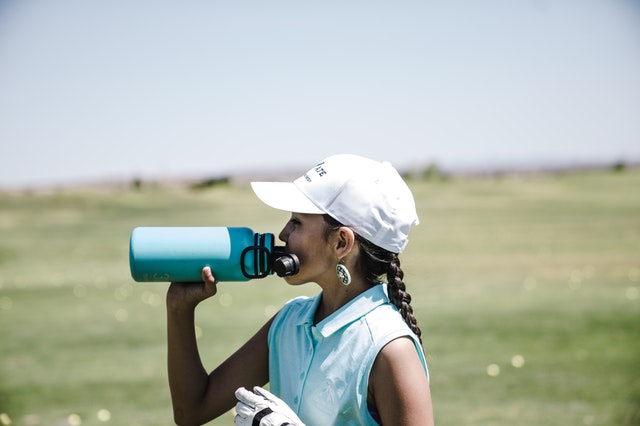 The flat cap/golf cap is one of the most contemporary types of caps that are available nowadays. The flat cap/golf cap was not really for Golf, but it was more like a promotional event wear that caught on and became a big part of the game. But, nowadays this flat cap is not reserved for events only, women wear it all the time if it teams up with their outfit. A flat cap gives all retro feels, which has now come back in trend. 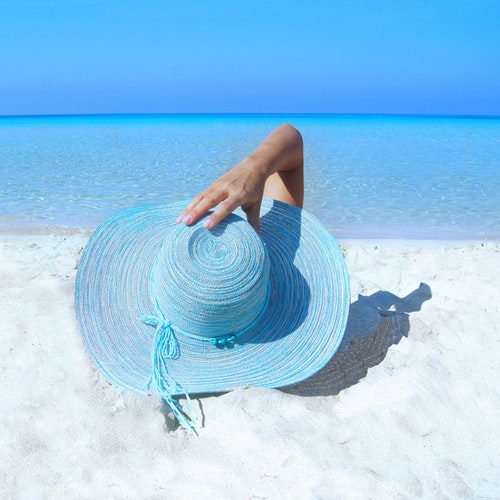 The Sun hats were initially called as the ‘lifeguard hats’ because these caps were used by lifeguards who sit at the bay to provide them protection from the heat of the sun. The sun hat is pretty light and is made of some kind of plant fibre, but with time the sun hat gets a makeover and now looks really stylish and even the girl on the beachside or on the streets under the summer sky wear to look fashionable. You can carry the sun hat with swimsuits, flowing dresses and any summery vibe clothe. 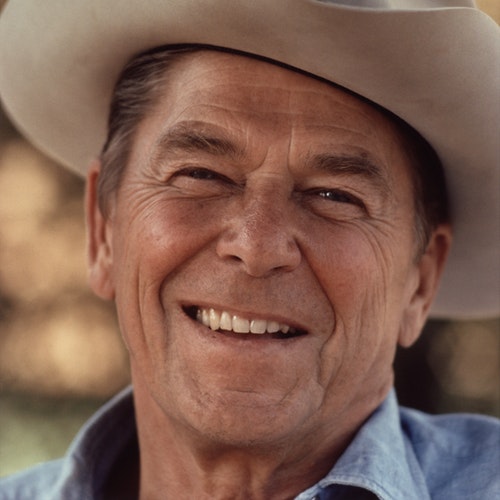 A cowboy cap was influenced by 19th-century Mexican culture. Nowadays it is worn by many people for the style statement. The shape of a cowboy cap is often modified by the wearer for fashion and style that is in trend. Initially, it was worn by men, but later women started wearing these as well. 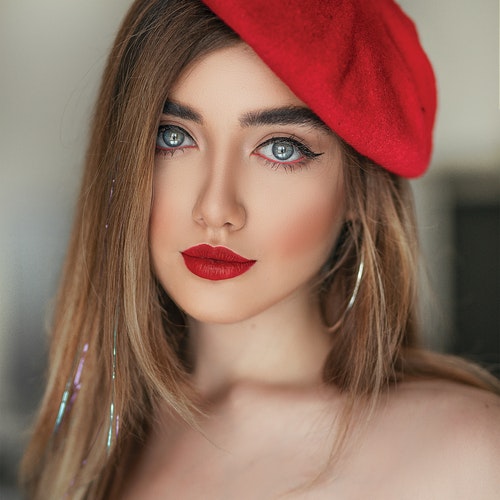 Beret hats are originated from France and Spain. The Beret were initially used as part of the military uniform before it gained popularity. The beret is usually made of wool, acrylic fibres, cotton, etc. They go perfectly with Western dresses and look incredibly stylish. 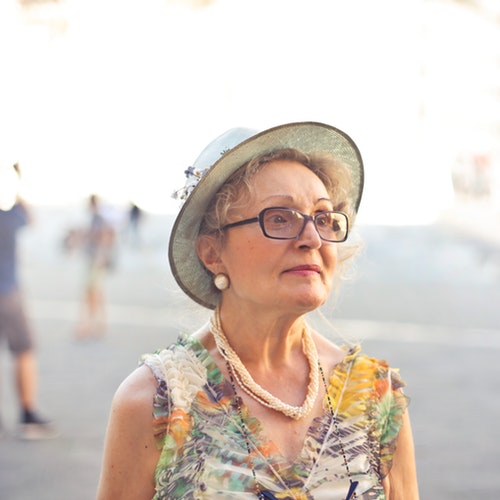 The floppy hat is originated form bohemian and hippie culture. This floppy hat looks really stylish and can be worn with maxi dresses, playsuits or jeans with some lacey top. It won’t take much effort to make you look stylish like a diva.

Love it or hate it, Panama Hats are still one of the sexiest types of caps for men. They give a classy and mafia sort of look to men out there. We’re sure that there was definitely one point of time in your life where you once wanted to get that complete Gangster look. And this Panama Hat is something that completes the look. 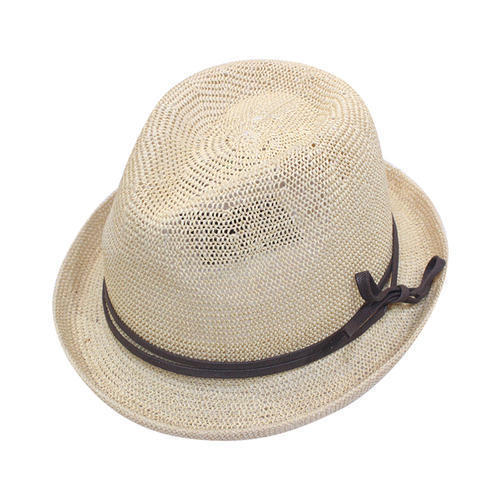 Unlike women, who have got various accessories to customize their entire look, a flat cap is something which you might have seen in the movie, “The Notebook.” Oh! What a look by Ryan Goslings. But, here’s a little reminder that a Flat Cap is something that will give you quite a dubious look. You can conceived as an artist or a conman. There’s no in-between. So, flat caps are those types of caps that may not suit every person, but once you plan your overall look according to this look, you will start loving it. 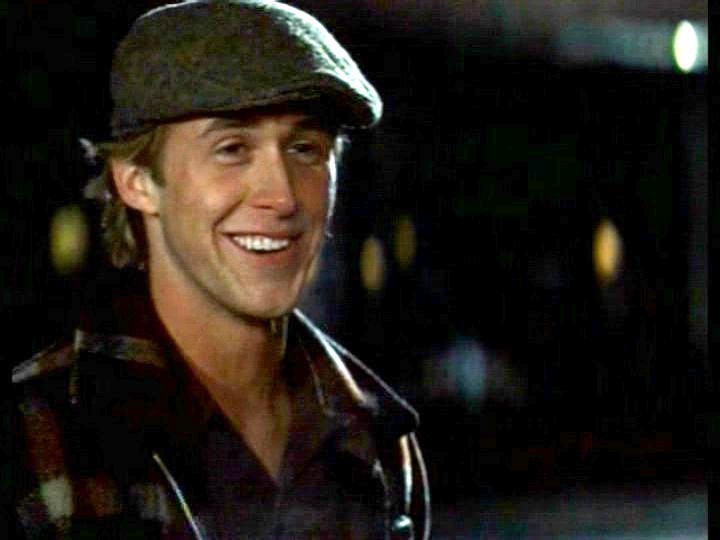 It’s a true saying that fashion keeps repeating itself. And it is the same with the Boater Hat. A Boater Hat is something which is trending these days. Many teenagers and young individuals are wearing the Boater Hats with Chinos and Flower Printed Shirts or Capri’s with Flower Printed Shirts. You will see Boater Hats being widely used by people from Goa. Boater Hats/Caps are one of those types of caps which are also known as the seaman’s caps as they are made from straw material. The thing that makes Boater Hats special is their flat brim and flat design. Thus, it could be an amazing choice for guys who are slim. 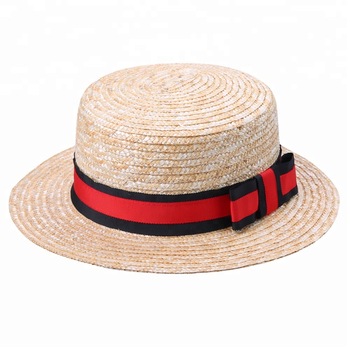 One of those caps that you will only see people wearing during their birthdays or special events like those. A party hat is a cone shaped colorful hat that is decorated with flashy bits of sparkling paper. Most of the Party Hats are made from cardboard that have a lot of glittery elements in them. Also, to ensure that the hat stays on your head, it comes with an elastic thread that gets stuck under your chin. Party hats are one of those types of caps which you can only wear on your birthdays, which means once in a year. So enjoy it every time you wear it. 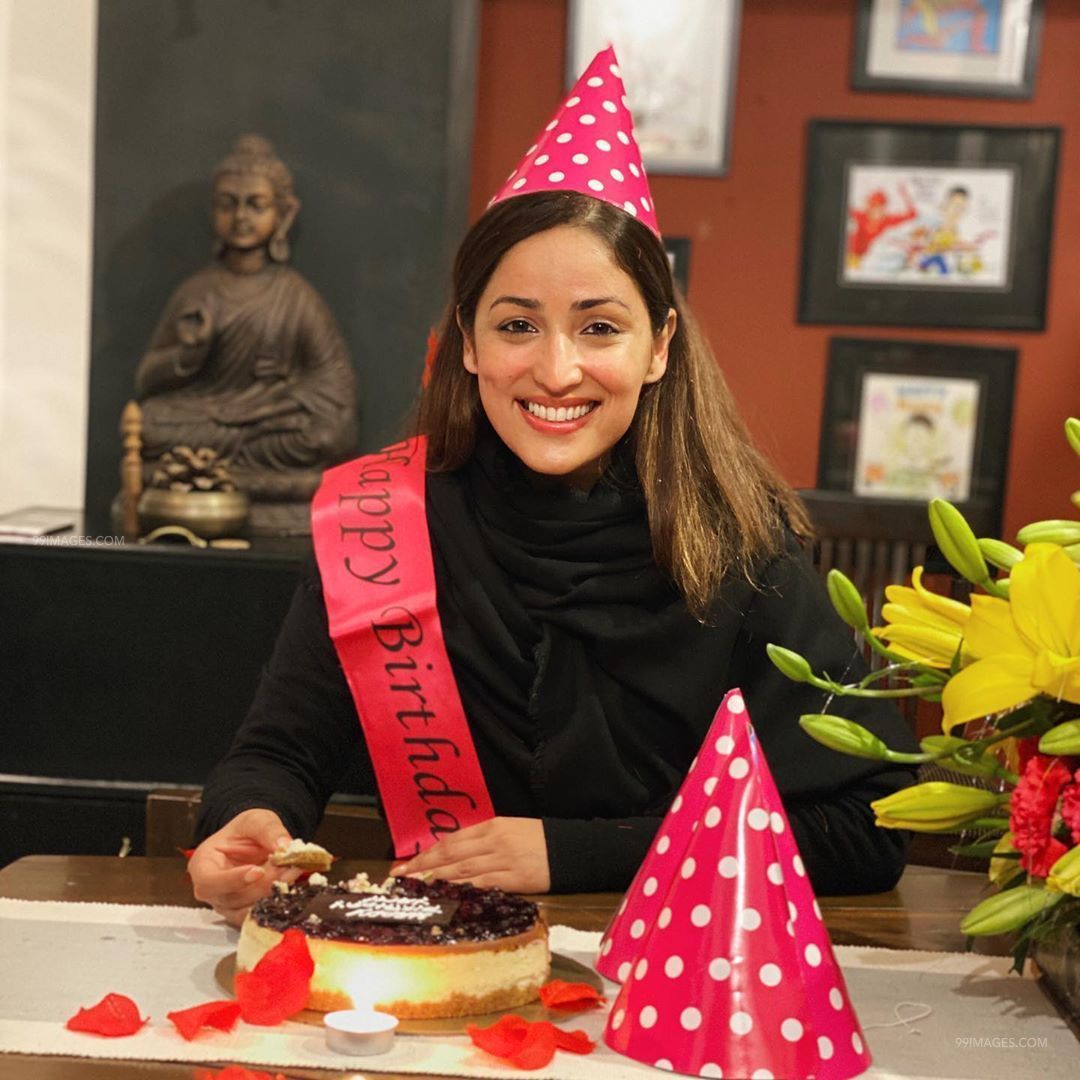 So, these were the 12 types of caps that every fashion enthusiast should know about.

12 Types of Caps That Every Fashion Enthusiast Should Know About! was last modified: April 1st, 2020 by Simranpreet Kaur
Accessories 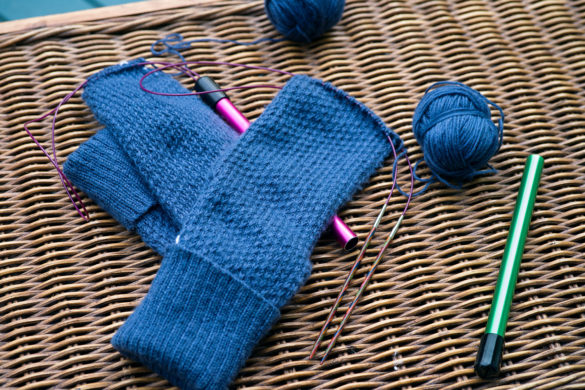 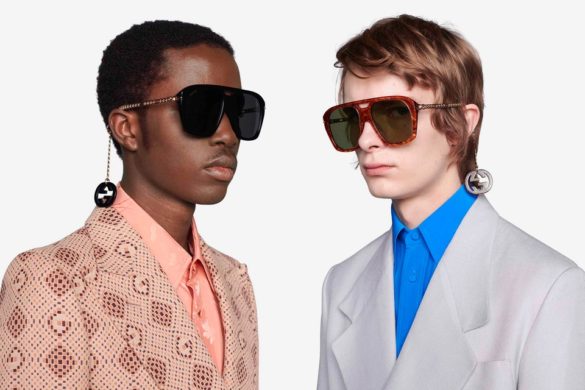 4 Square Sunglasses That Are in for Summer 2021 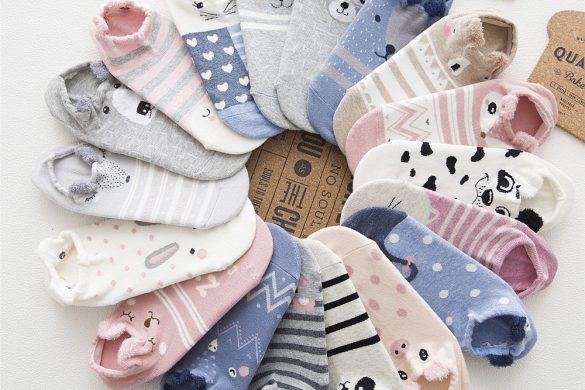 13 Different Types Of Socks Everyone Should Own!! 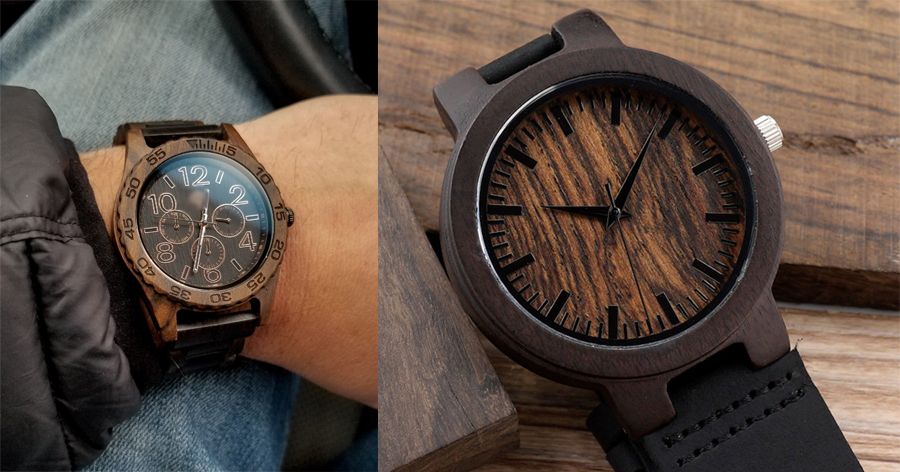 What are the best wrist watches for women?