Home Lifestyle Everything You Need To Know About Bi-Fold Doors

Everything You Need To Know About Bi-Fold Doors 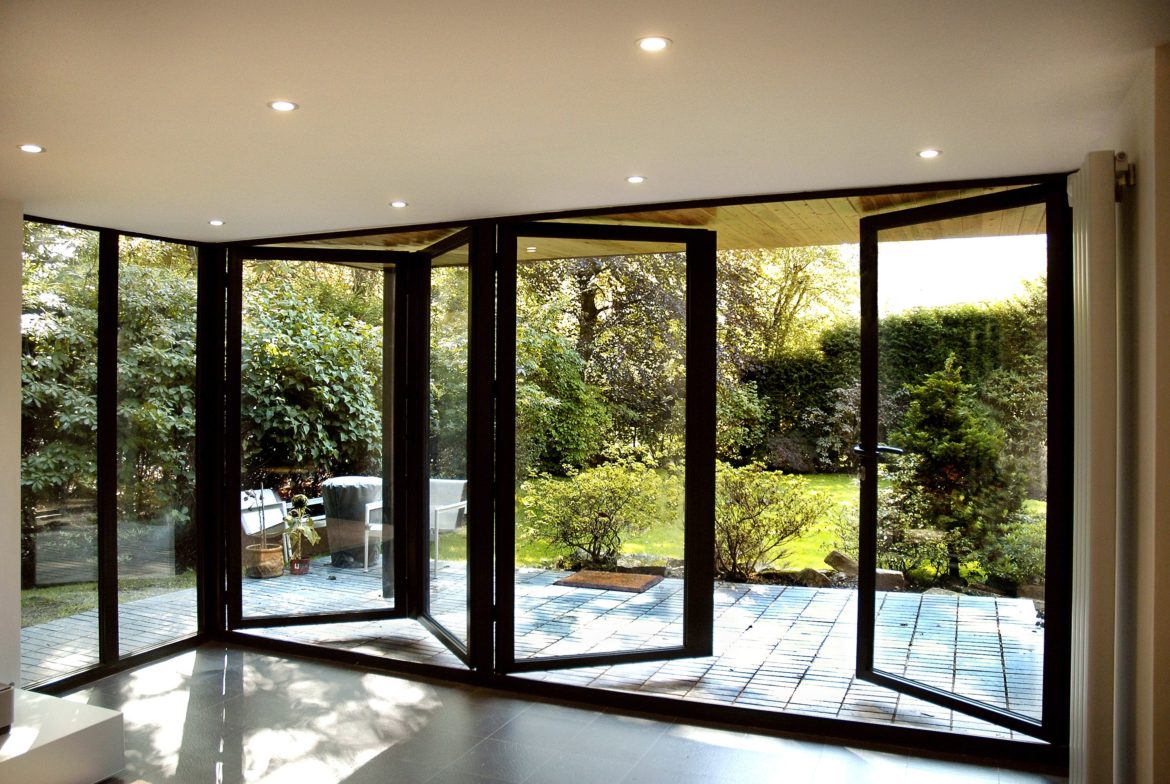 If you’re not really tuned into the world of home design and interior décor, you’ve probably never heard of Bi-Fold doors, but whilst you’ve been living under a rock, Bi-Folding doors have taken the world by storm. So what exactly are Bi-Fold doors, why are people going crazy for them and what are the benefits of them? Luckily for you, that’s exactly what we’ll be covering in this article, hopefully giving you all the information, you need to become a Bi-Fold wizz.

What Are Bi-Fold Doors?

Put simply, a Bi-Fold door is a door system similar to the sliding patio doors and French doors most people are familiar with. Nice big doors usually connecting a living room to a garden, mostly made of glass so that you can see the outside world from the comfort of the indoors.

The main difference between Bi-Folding doors and Sliding Patio/French Doors is in how they’re used. A sliding patio door is usually made up of two window doors, with one staying in place whilst the other one slides to open or close the door, then French doors are usually two windowed doors that open outwards from the middle.

Whereas Bi-Fold doors are made out of multiple frames connected to tracks in the floor and ceiling and when opened along the tracks, these doors will fold up on each other, making them a lot more space efficient than alternatives, while still maintaining a great view into a garden.

Why Are Bi-Fold Doors So Popular?

Another bog reason Bi-Fold doors are gaining popularity is that unlike the other Patio doors, they can have special Bi-Folding door blinds installed on the frame of the doors rather than over the doorway, this means that you have a lot more control over how much light comes into your home and means you don’t have to fiddle about with the blinds before going in and out of the doors.

Something else that adds to their popularity is the simple fact these Bi-Fold doors are more stylish and visually appealing than old patio doors, so they are the preferred indoors to outdoors door for lots of home designers and interior specialists.

What Are The Benefits Of Bi-Fold Doors?

For those who aren’t that interested in the style of their homes, you may be wondering what all the fuss is about, but there are a few very strong reasons for you to consider having Bi-Folding doors installed in your home. We’ve already covered a few points from style to the fact they’re more efficient, but if you’re not sold yet, you surely will be once you’ve finished this next section

First things first, let’s talk money, Bi-Fold doors cost between £1,000 – £8,000 to install depending on the size of the doorway, but once they’ve been installed they can increase the value of your home by around 10%, so if your home was value at £200,000 before you’ve installed Bi-Fold blinds your home’s value would increase to £220,000 meaning these Bi-Fold doors will more than pay for themselves when it’s time to sell your home.

As well as that, compared to other patio doors, these Bi-Fold doors are a lot more secure, as the different panels break up the size of the visible glass, it makes the glass harder for potential intruders to break and each panel can lock firmly into the doorframe, whereas more traditional glass doors only have one locking point, making these much more safe for your home.

Everything You Need To Know About Bi-Fold Doors was last modified: September 8th, 2022 by Priyanka Jain