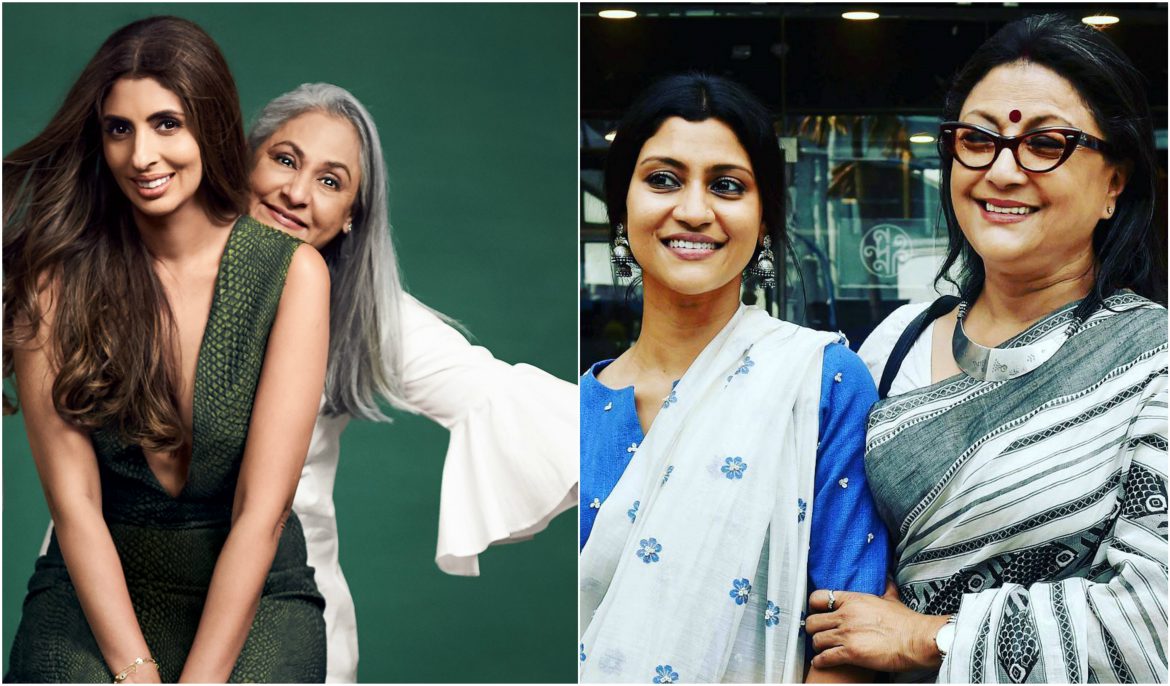 The Indian film industry had always been inspiring us with their fashion, style, lifestyle and relationships. And father-son, mother-daughter duos have been famous from very long. Some of the duos have shared the space onscreen and some has came together at other platforms. And as we very well know that a bond between a mother and her daughter is extremely unique in it’s own sense. They are each other’s best friends, being a support system to one another. And We have seen many mother-daughter duos giving us major relationship goals. Except being in this relationship, they have given us many style inspirations too. We collected a list of the most stylish mother-daughter duos in Bollywood.

Here listing 10 of the most fashionable mother-daughter duos that we should take style inspiration from:- 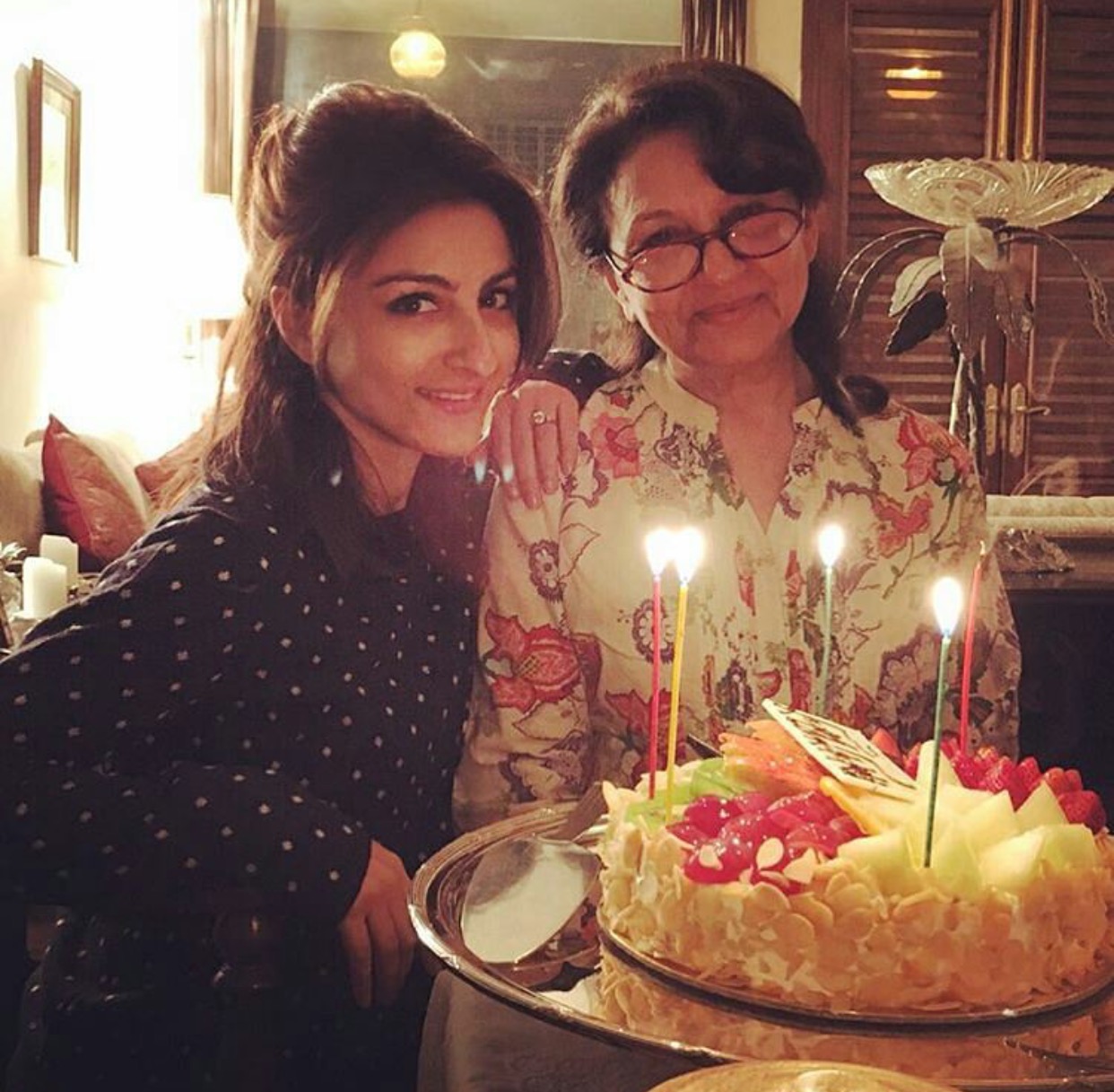 Sharmila Tagore has been very famous and successful actress of Bollywood and she acted in many classic movies of Bollywood. But on the other hand Soha Ali Khan hasn’t been that fortunate. Soha is married to her fellow actor Kunal Khemu and they are expecting their first child soon.

This duo is certainly the symbol of sophistication and taste in the industry. 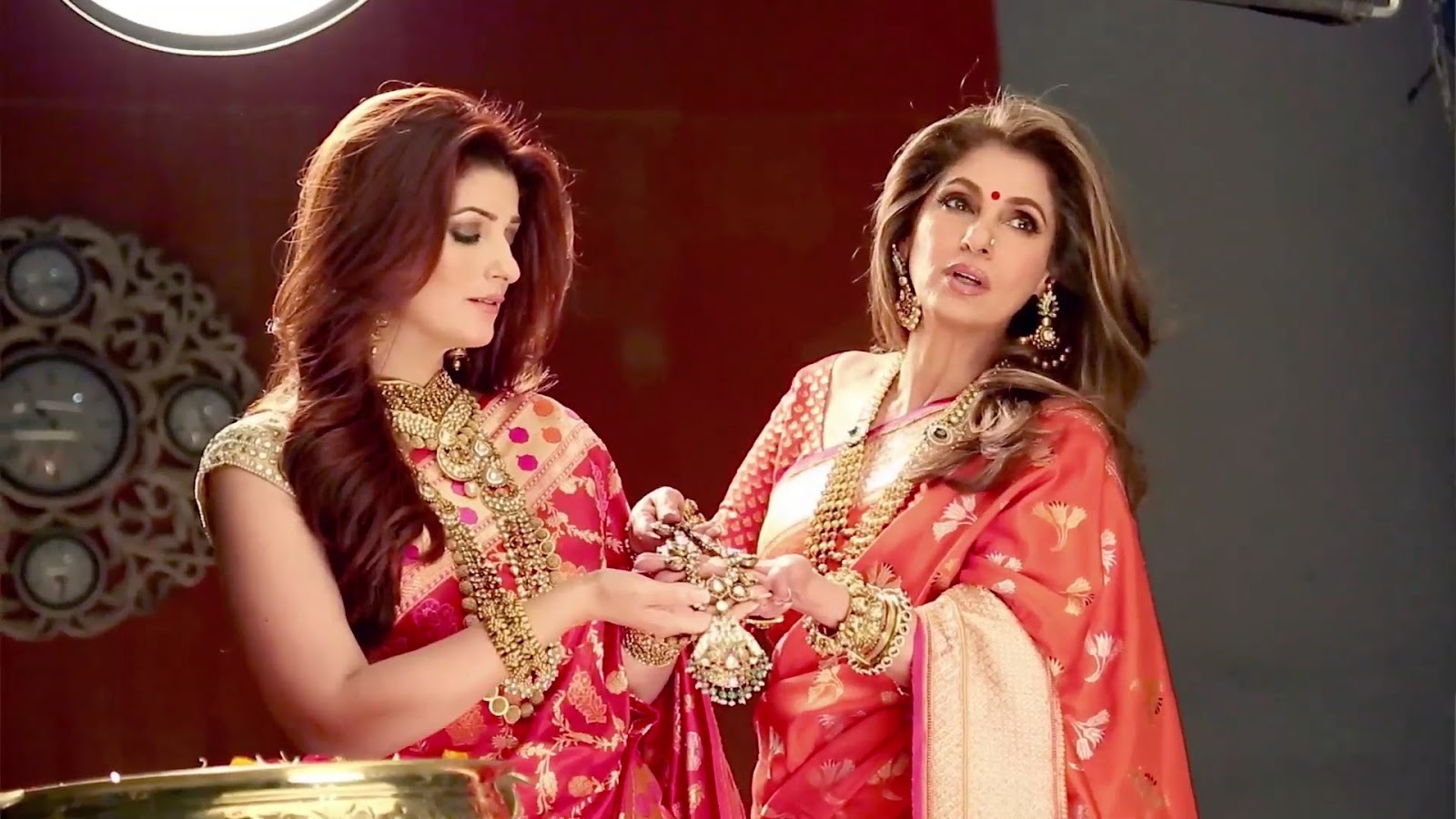 This mother-daughter duo entered the industry with a big hit. While Dimple came with the movie Bobby, Twinkle started her career with Barsaat. Dimple married the first superstar of the Indian film industry, Rajesh Khanna. While Twinkle Khanna is married to Akshay Kumar. This duo is known for their blunt choices and certainly a unique fashion sense. 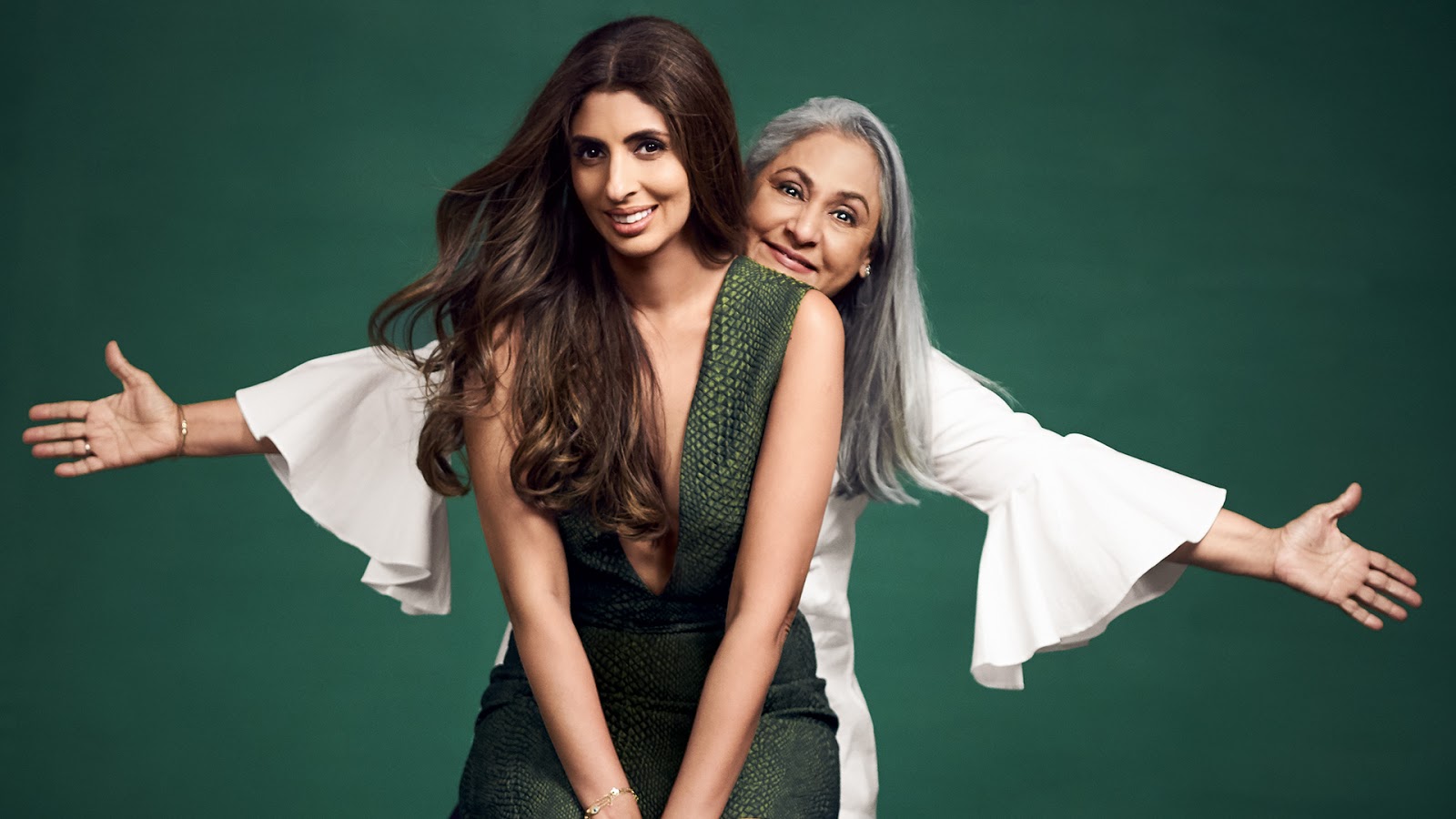 Jaya Bachchan still has a good hold over Bollywood. While Shweta Nanda chose to not enter Bollywood as an actress. Though she is present in many Bollywood parties looking all stylish and classy. Shweta is married to an industrialist, Nikhil Nanda. 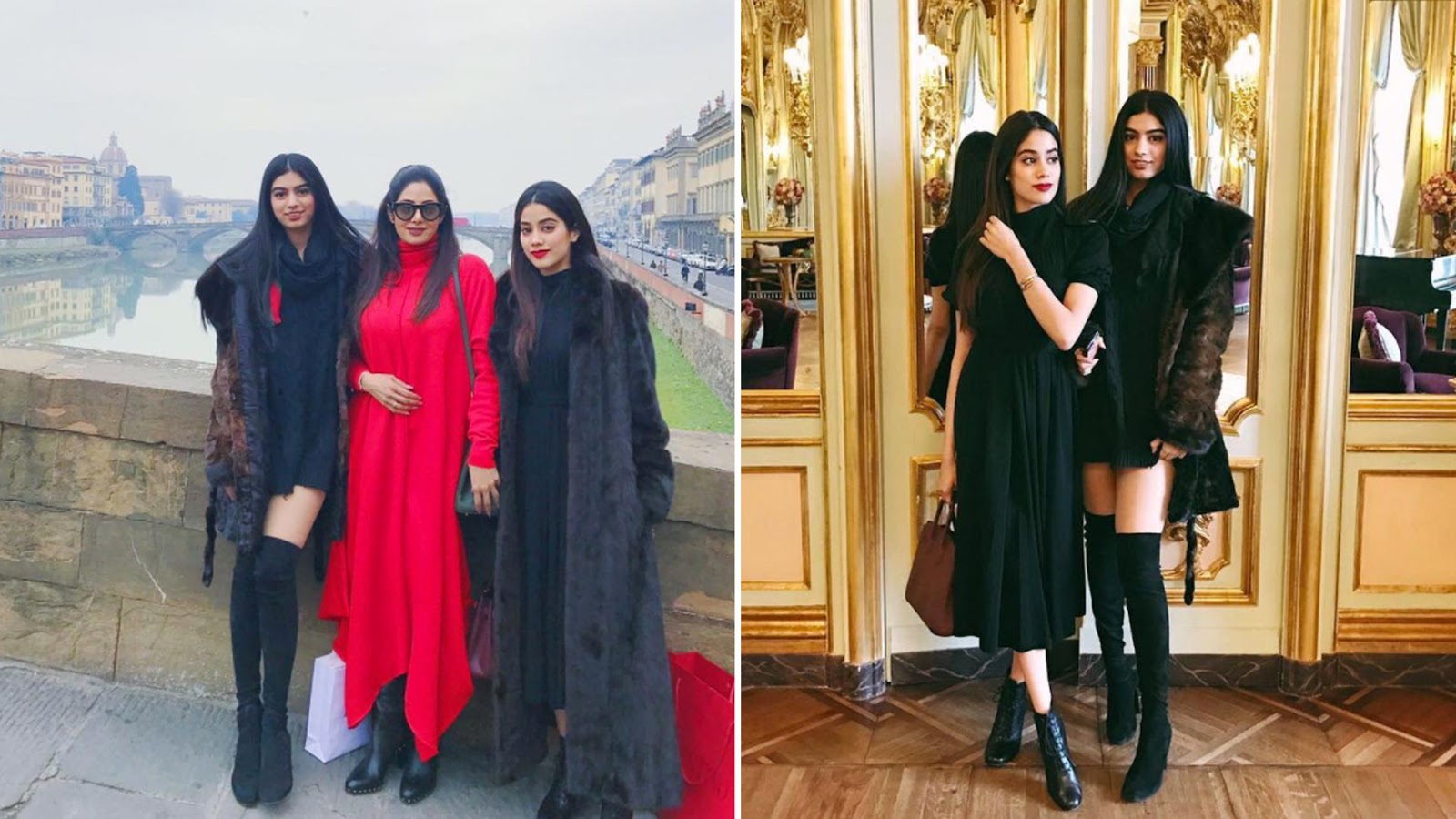 We don’t have enough words to explain the class of this mother-daughter trio. Shri Devi is a very famous and successful actress of her time and she still is ruling the Bollywood with her acting skills. While both of her daughters are setting fashion trends for us already. 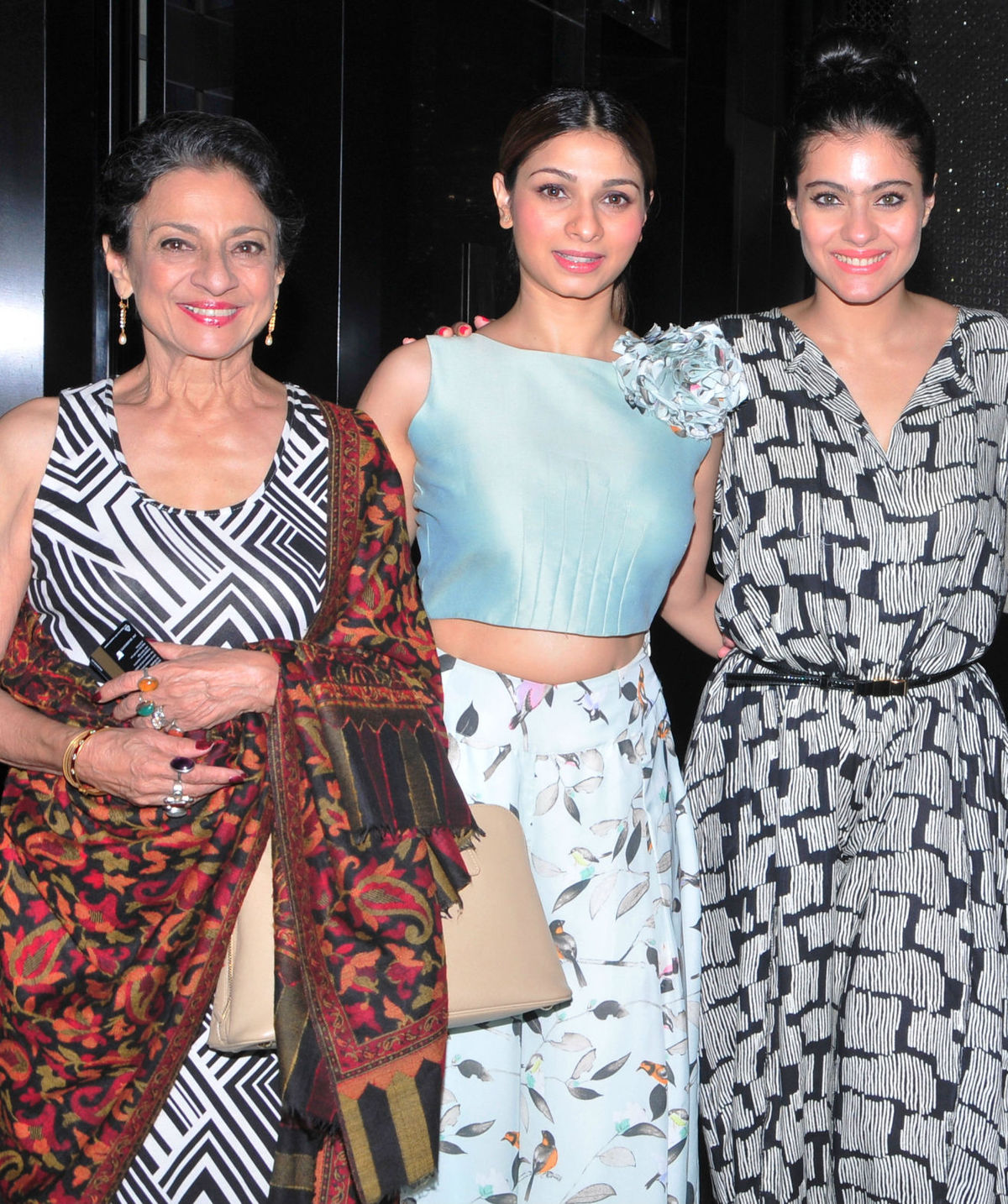 Tanuja won several hearts with her amazing acting and talent in many Bollywood flicks. While her daughter Kajol went one step ahead, on the other hand Tanisha couldn’t get many opportunities in the industry. They very much look alike each other, this trio has a unique position in the industry. 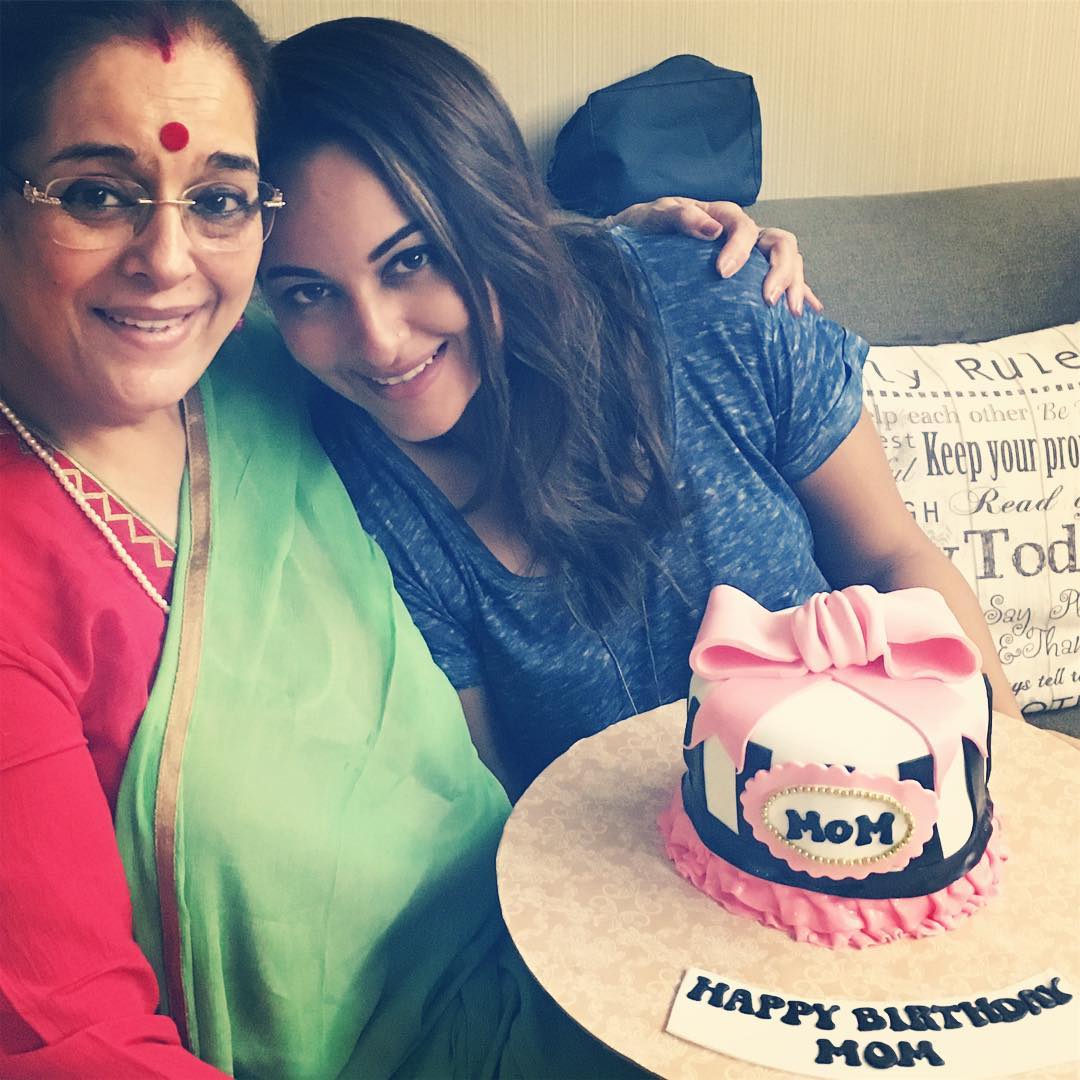 Dabangg girl, Sonakshi Sinha is the daughter of legendary actor Shatrughan Sinha. She has worked many big projects in Bollywood. While Poonam Sinha is spotted in many B-town parties. This duo is getting covered in Vogue’s August issue. 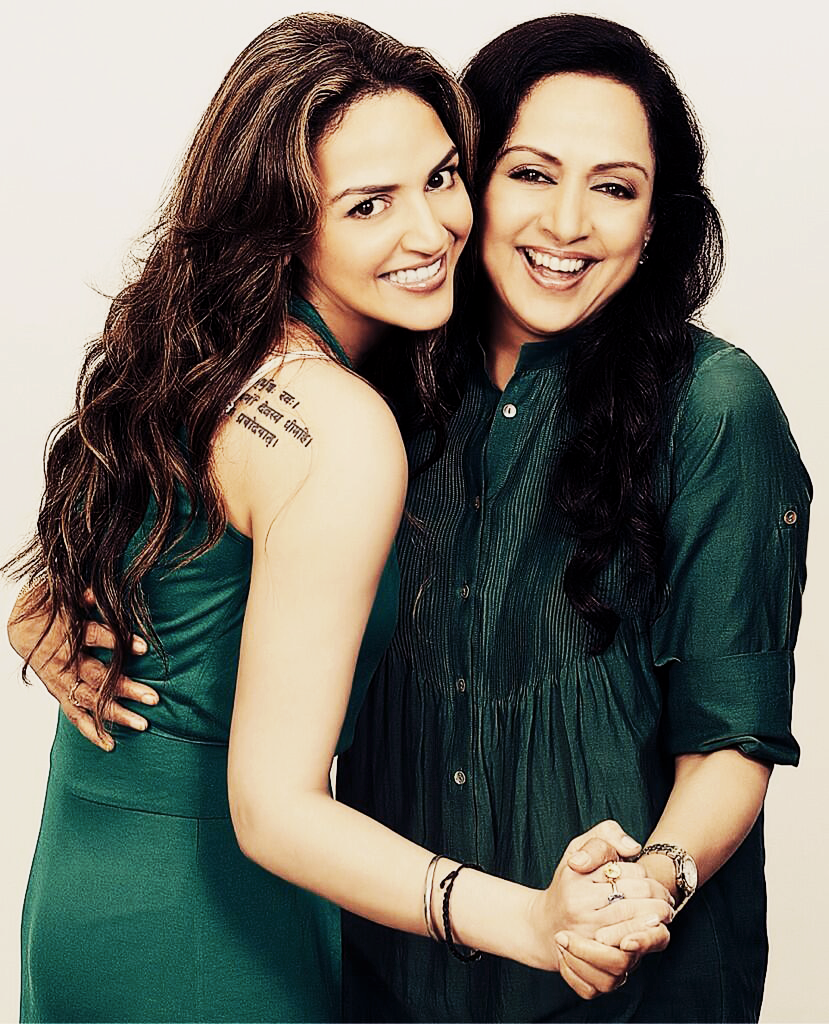 Hema Malini was the Dream Girl of her era, Esha Deol failed to get that level of success. Their stage shows together is surely a bliss to watch, they both are very amazing classical dancers. Esha Deol is married to a businessman Bharat Takhtani and the couple is expecting a baby soon. 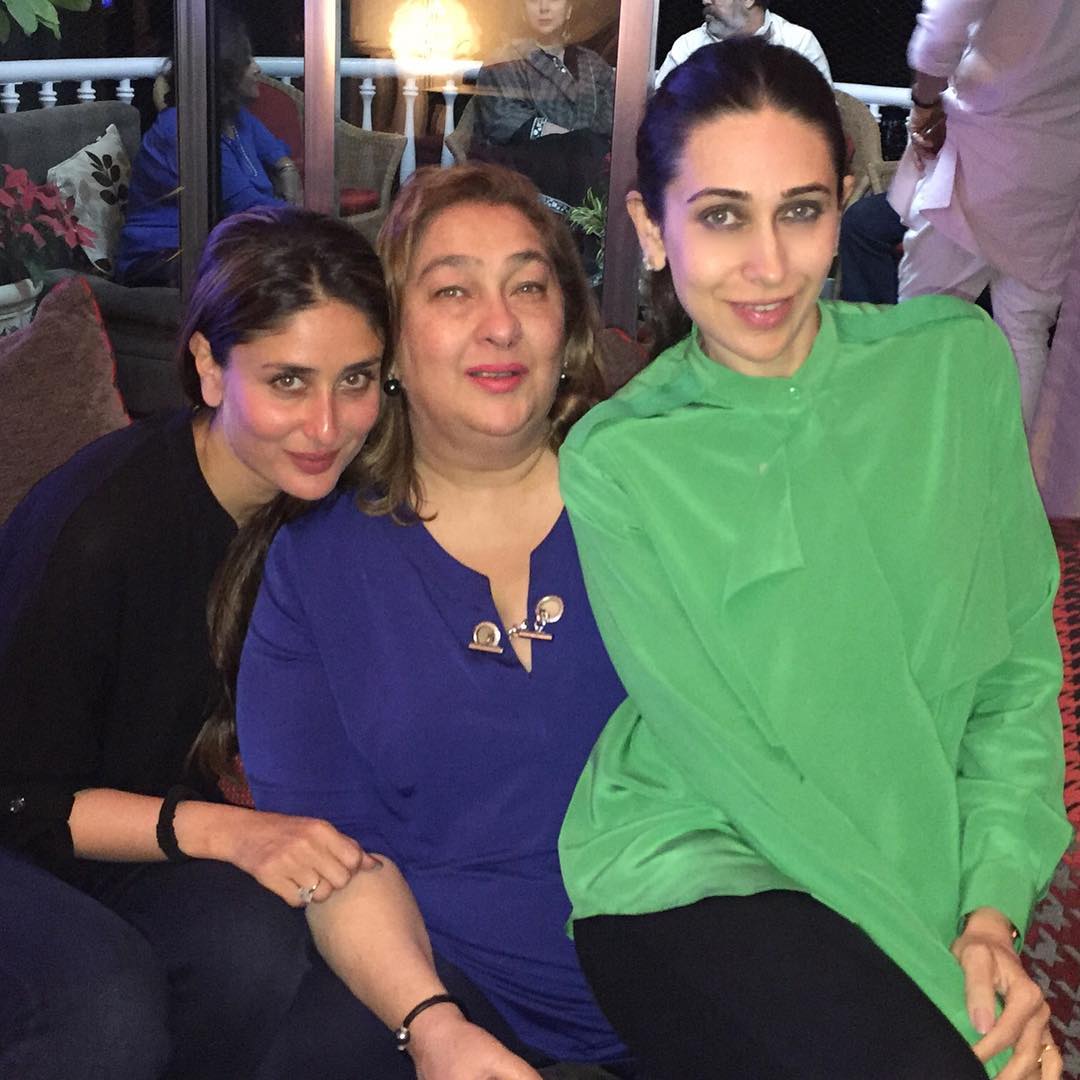 Babita who married Randhir Kapoor was an actress in Bollywood during the 1960s. She left the industry after her marriage. But both of her daughters Karishma and Kareena certainly turned out to be best actresses of their time. 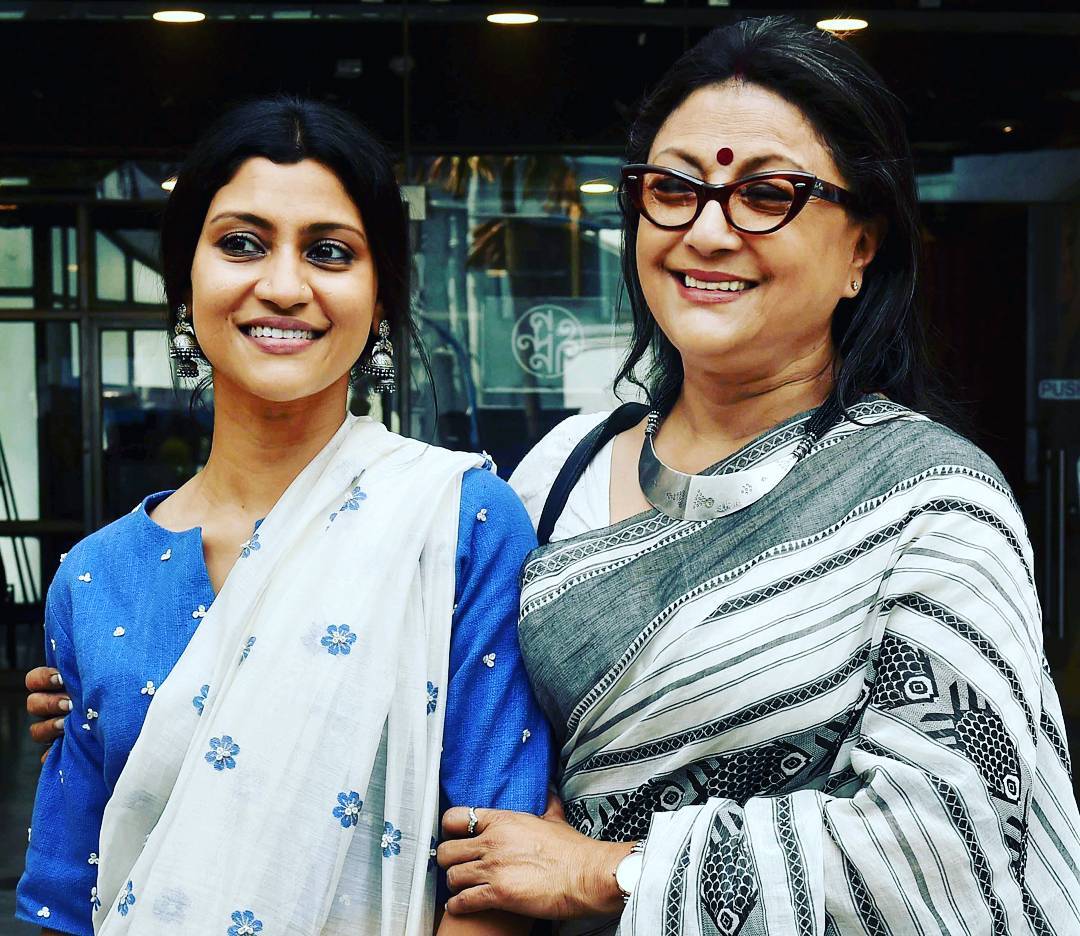 Aparna Sen is an acclaimed director and winner of three National Film Awards. Apart from that she has also worked as an actress in the Bengali film industry with greats like Satyajit Ray. Konkana, is also very much alike her in acting. She married to Ranveer Shouri. 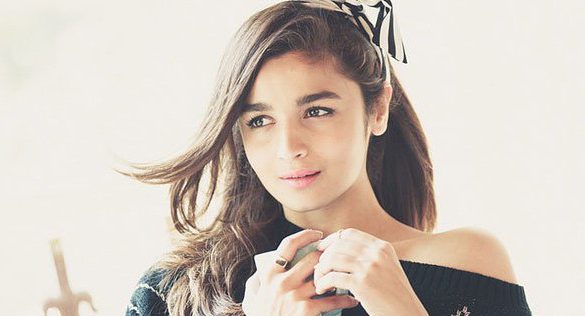 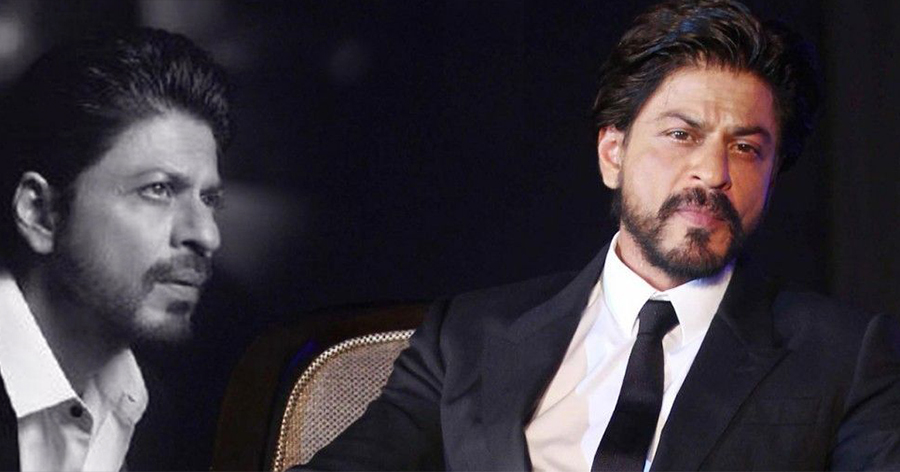 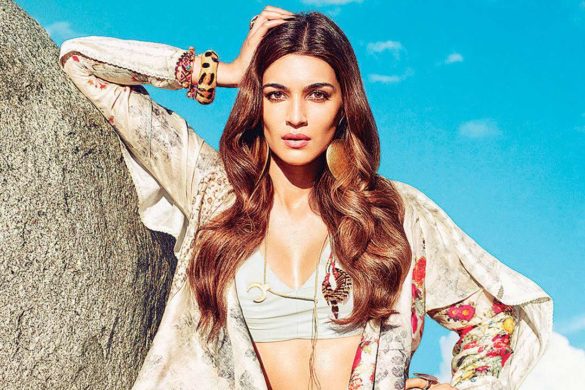