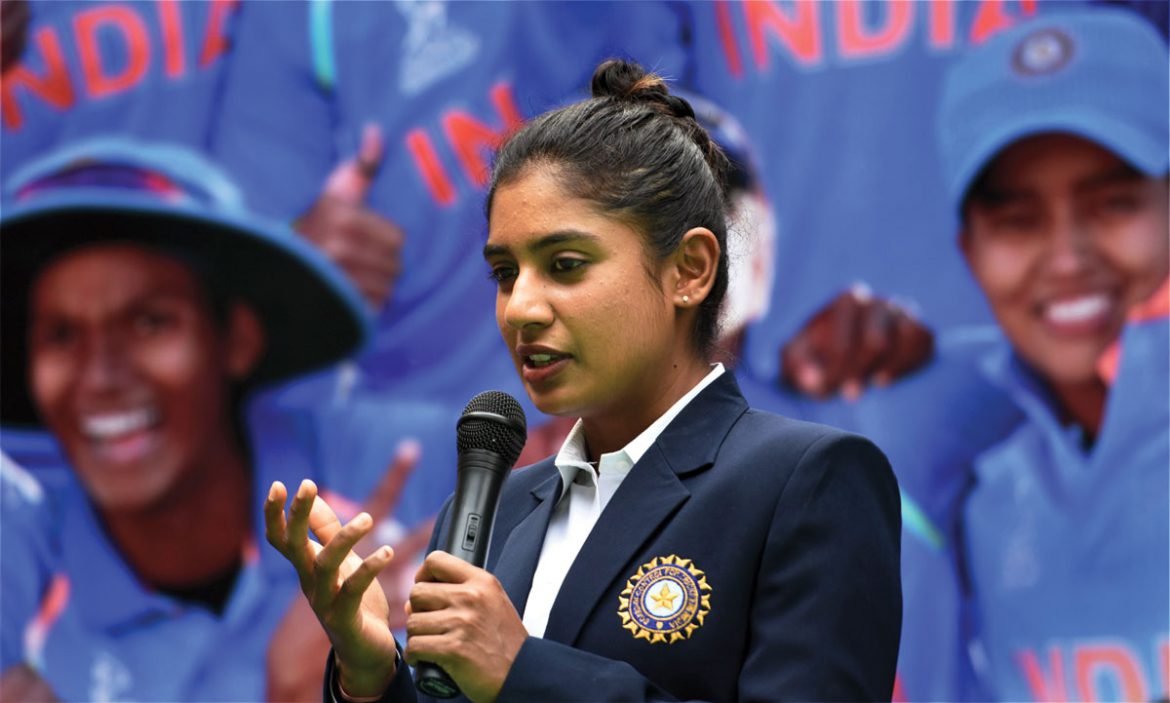 Mithali Raj, Well, you people must be aware of this lady and why not, she is the captain of the Indian Women’s Cricket Team. First of all, let us tell you everything we know about her. Mithali Raj was born on 3rd December 1982 (34). She was born in Jodhpur, Rajasthan, India. Her hometown is Hyderabad. She did her schooling from St. Johns School, Hyderabad and then Keyes High School For Girls, Secunderabad.

Mithali Raj’s mother tongue is Tamil. Mithali’s father’s name is Dorai Raj. He wan in the Indian Air Force and her mother’s name is Leela Raj and she is a former Indian Cricketer. Mithali Raj has a brother also and his name is Mithun Raj.

Mithali started playing at the age of 10 and at the age of 17, she was picked by the Indian Team. She started cricket coaching in her school days along with her elder brother. Mithali practiced at school, often playing with male cricketers in the nets.

Mithali is a Right Hand Batsman. Mithali Raj played both ODI and Test for Indian Women’s Cricket Team. She made her ODI Debut in 1999 against Ireland at Milton Keynes and scored 114 runs and played her last ODI against England at Lords on 23 July 2017. She made her Test debut in 2001-2002 season against South Africa in Lucknow on 17 August, 2002 and played her last test match against South Africa on 16-19 November 2014. At the age of 19 in her third test match, she broke Karen Rolton’s record of world’s highest individual record of 209 runs, Mithali scored 214 runs.

However, she then led them to their first World Cup final in 2005, in South Africa, where they met Australia who proved just too strong. In August 2006, she led the side to their first ever Test and Series victory in England and wrapped up the year, winning the Asia Cup – the second time in 12 months – without dropping a single game. She led the Indian team to the finals in the 2005 Women’s Cricket World Cup where the team lost to Australia.

Her hobbies conclude Gymming, dancing and she is an avid reader. Her favourite book is Australia You Little* Beauty: Inside Test Cricket’s Dream Team by Justin Langer. He favourite cricketer is Michael Clarke and her favourite actor is Shahrukh Khan. Being a cricketer, she also has a favourite commentrator which is Nasser Hussain. She loves to eat Soan Papdi.

Mithali on being awarded with Padma Shri said,

Honestly, when I was pitted against Virat Kohli, I gave up because when you compare us with men’s cricket then we think that we may not get it. So I was not expecting it, but it came as a pleasant surprise,

Mithali’s estimated net worth is 4.2 Crores. She is retired now, but her ODI match fee was 1 Lakh and Test match fee was 1.5 Lakhs. She has 2 cars, BMW and a Maruti Suzuki which cost around 80 Lakhs. The estimated value of her real estate properties is around 2.2 Crores.

We can easily conclude that Mithali Raj is one of the highest net worth Women players in the world. Mithali Raj Net Worth has been on the top of the charts for a long time.

The Net Worth and Income of Mithali Raj is expected to continue to grow at a Strong pace. Over the next few years, Mithali Raj’s Net worth is likely to grow by around 37%.