Home Entertainment Hers’s All you Need to Know about Rannvijay Singh!

Rannvijay Singh a very talented, charming and confident actor and performer, who won hearts of all the youngsters and MTV fans. He got fame from his Roadies journey in the year 2003, after that he became MTV sensation and hosted many shows on the same channel. Rannvijay was even the judge for shows like Splitsvilla and Roadies for many seasons. He is an inspiring figure for many youngsters and his cool attitude and nature let people mingle with him easily. And in this article, we have gathered all the information, you need to know about this handsome hunk, from Rannvijay Singh age to Rannivijay Singh Instagram. Here have a look!

Rannvijay Singh age is 35 years, and his date of birth is 16th March 1983. His zodiac sign is Pisces. He was born in Jalandhar, Punjab, India, but later shifted to Delhi. He is a Sikh by religion and loves Punjabi culture. Rannvijay is a true Punjabi by heart and that can be seen in his choice of music too. He loves to stay fit and active. He did his schooling from Army Public School, India and did graduation from Hans Raj College, Delhi University. Rannvijay Singh age proves that there is no particular time or age to get popular and to do hard work.

Rannvijay Singha is a Jatt Punjabi and follows Sikhism. He is the only exception in his family to not serve in Indian military as his family is serving Indian military from last six generations. He married Priyanka Vohra on 10 April 2014 and has a daughter who was born on 17 January 2017.

Rannvijay Singh wife, Priyanka Vohra is from London and they met at a party as Priyanka came to India to visit her relatives. They both look really good together and complement each other really well. Rannvijay Singh wife is pretty vocal about her relationship with Rannvijay and Rannvijay also follows the path. Even in an interview, Rannvijay talked about how he and Priyanka met for the first time. Here’s what he said,

“It was a chance meeting as she is from London and came to visit her relatives in India.  They happened to come for an after party at my friend’s place and we just clicked instantly. No one played cupid.”

For this Priyanka added saying,

“That’s true. We met at an after party but we hardly spoke. Then the next day again we happened to meet at a party, as we had some common friends. I don’t drink and he wasn’t drinking that night, so we were the only sober people in the room. That’s how we began talking and I realized he’s a funny guy.”

In the interview Priyanka even shared one of their moment where Priyanka had no idea that Rannvijay is a celebrity, she said,

“The first thing that caught my attention was that he was into RnB and Hip-hop, he was actually lip synching to the lyrics. Having grown up in New York, that’s the kind of music I am into. Later I found out he is also into basketball. I wasn’t aware of his celeb status, so when someone asked him for an autograph, I thought they mistook him for a South Indian actor and I began teasing him about it. I think that annoyed him.”

Rannvijay Singh is a father too, a father of a baby girl named, Kainaat Singha. She has her own Instagram account, which is of course handled by Rannvijay and Priyanka as she is just 1 year old. Kainaat is a boss baby as in this age she has got over 112K followers and is leaving behind all the celebrities. Rannvijay even posts pictures mentioning how Kainaat has gained even more followers that his celeb friends.

Rannvijay Singh hobbies include reading books especially autobiographies, playing basketball and he even has his own application Squadrann. Squadrann is an Indian lifestyle, sport, entertainment and Adventure group created by Rannvijay which is based on YouTube. And in the Youtube channel, you can mostly see ex-contestants of Roadies, Splitsvilla and or Bigg Boss.

Rannvijay Singh participated in Roadies and from then he is associated with Roadies, first as a contestant and later as the judge. He is also known as Roadies star and he first got famous because of this show only.

To contact Rannvijay Singh personally, you can mail him your enquiries or other messages on his e-mail ID given below:

So, these were some details about the most confident and handsome MTV star, Rannvijay Singh. He is surely the crush of many girls and motivation to many boys. And we wish him all the very best for his future projects too.

Hers’s All you Need to Know about Rannvijay Singh! was last modified: May 29th, 2021 by Simranpreet Kaur
BiographyTv Celebs 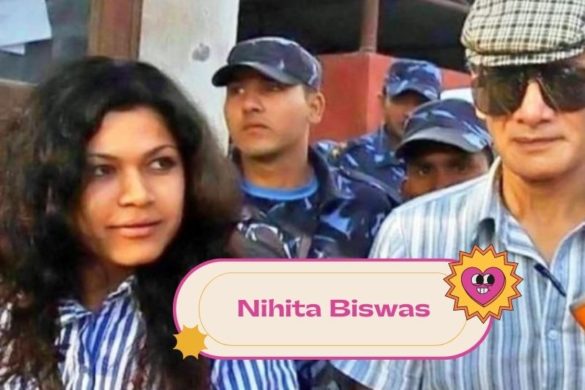