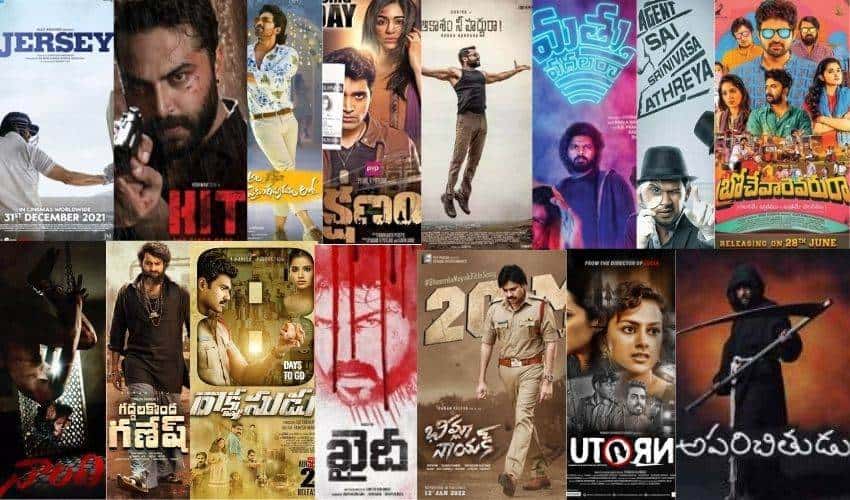 South Indian cinema is emerging to be one of the most popular in the world, they have some of the finest works in the country across all the genres. Comedy is one of the genres they expertise in, and that is evident in the number of bollywood films being made based on their storylines. We have collated a list of best south indian comedy movies for you to watch whenever you’re bored. We guarantee that you won’t be disappointed.

Ravi helps the police to prevent a gangster named Bittu from robbing a bank. Bittu, burning with the fire of revenge, sets out to destroy Ravi and his family. Witty characters, satisfying twists, and rollicking humour make this Telegu comedy film a must-match.

Brother’s Day is a 2019 Indian Malayalam-language comedy thriller film written and directed by Kalabhavan Shajohn in his directorial debut. film stars Prithviraj Sukumaran, Prasanna, Aishwarya Lekshmi south indian comedy movies. One day Tony meets an unexpected visitor Chandy and they become very close, but Chandy does not reveal who he really is. Chandy later reveals who she is and introduces her daughter Santa and many unexpected events took place. It is one of the best south indian comedy movies

Let’s start with the fact that the main character’s name is Diamond Babu, and this person is obsessed with brands and all things sophisticated. He tries to woo the home minister’s daughter for marriage but ends up wooing her maid.

History is witness to the fact that a clash of ideologies between the lover and his beloved has been a perfect ground for comedy. Something similar happens between Bheeshma and Chaitra when his company starts working on something shady.

Rangasthalam is a 2018 Indian Telugu-language period action-drama comedy film written and directed by Sukumar. the film stars Ram Charan and Samantha Akkineni with Aadhi Pinisetty, Jagapathi Babu, Prakash Raj, Naresh, and Anasuya Bharadwaj in key supporting roles south indian comedy movies. Chitti Babu is a lucky man with a hearing impairment. His brother Kumar Babu is returning from Dubai just to see that nothing has changed in the city, so he decides to fight the fearsome President. best south indian comedy movies.

A gangster and an honest doctor meet each other and find themselves forming an unbreakable bond of friendship. But then since the two professions are poles apart (not to speak about the moral grounds), the two friends begin to drift apart.

Agent Sai Srinivasa Athreya is an Indian Telugu comedy film of 2019 directed by Swaroop RSJ who wrote the film with Naveen Polishetty. south indian comedy movies. The film plays Polishetty as the main character alongside Shruti Sharma (his first Telugu). A private investigator, who works for his company, resolves minor cases with the help of his assistant. However, things get worse when a father wants him to investigate the murder of his daughter.

Okay, a Kannada movie about a property dispute, a few agitated youngsters, some senior citizens, and a car racing competition. Does that sound like the perfect recipe for some comedy? It definitely does!

Doosukeltha is a 2013 Indian action comedy film directed by Veeru Potla. She plays Manchu Vishnu and Lavanya Tripathi, who first appeared in Andala Rakshasi south indian comedy movies. When Chinna arrives at the hospital because of the painful work she did for the station, she falls for Dr. Alekhya. However, Alekhya’s life is in danger and Chinna decides to help him. south comedy movie list.

Two people fall in love with each other only to find later that they belong to different castes. Obviously, they don’t have a problem with that but their parents do. The measures that they take to convince their families are laugh-worthy.

Race Gurram is a comedy film Indian Indian-language 2014 directed by Surender Reddy Filmmakers Allu Arjun and Shruti Haasan for their first collaboration while S. Thaman composing music south indian comedy movies. The two brothers, who are naturally different masters, become enemies of a gangster aspiring to be a politician. The latter succeeded in his plans, but the brothers decided to end his rule by any means.

This movie deals with cynicism and dark comedy in a way that you might not have seen before. A man dies suddenly leaving his entire family to plan a funeral for him. The rest is highly symbolic chaos, and this chaos in turn makes this movie one of the best Malayalam movies ever made and a comedy that you weren’t prepared for.

Four boys turn against the same local leader who helped them open a mess hall when his cousin rapes a woman in that very hall. While the topic is series, the movie, for commercial purposes is layered with a coat of humour that relieves the viewers from the high drama.

Middle Class Abbayi is a comedy film Indian-language 2017 written and directed by Venu Sriram. the film features Nani, Sai Pallavi, and Bhumika Chawla in the lead role, with Vijay Varma, Naresh and Rajiv Kanakala supporting the roles south indian comedy movies. Nani, a middle-aged boy, is confronted by a gangster to protect his daughter-in-law who did not love him before but changed his mind after hearing about his sacrifice for himself and his girlfriend.

A crooked police officer is suspended when he lets a smuggler escape. He later joins a group of thugs to rip off crores of money from a well-known gangster.

Hey, have you watched the movie 3 idiots? Of course,  you have! Are you prepared to watch a Tamil version of the same? You know the answer.

This movie will make you feel uncomfortable with each passing minute. That is where the comedy lies. You’ll find yourself laughing in the places you never thought you would and getting serious at places when you are supposed to laugh. You need to experience it for yourself to know the feeling.

Pandiyan finds a unique way to be closer to his daughter after losing his custody rights after separation from his wife. He disguises himself  an old woman, a nanny, and stays in his in-laws’ house, close to his wife and daughter. This movie is a comic riot.

You now have a good list of movies to watch whenever you feel down, they will surely cheer you up!

Check out the list of best south indian movies dubbed in hindi here!