Home Beauty Lobs & Bobs: These Celebs are Loving it Short !!

Lobs & Bobs: These Celebs are Loving it Short !! 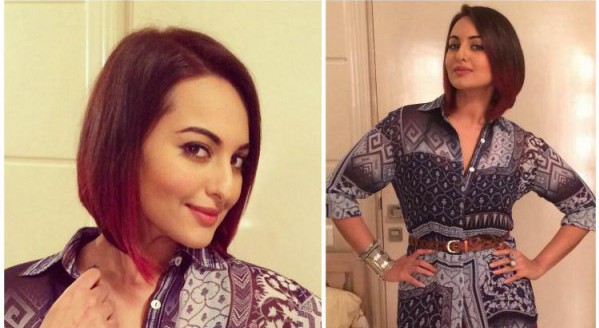 ‘The Bob’ is a classic haircut that will truly never go out of style. With so many ways and lengths to wear the look, there is literally a bob hairstyle to flatter anyone. It was a trend which found its way back in 2014 and has trickled down to 2015. Seems like its here to stay a while longer !!

Bollywood beauties have pleasantly surprised everyone by chopping off their lustrous mane to go for drastic hairstyles: from chin-length bobs extending to shoulder-length lobs and what not ! This indeed is a daring stint, considering the long-locked stereotype of perceived Indian beauty. Here we pay ode to those who dared to bare their collar bones, instead of hiding them beneath their tresses:

In her four-year Bollywood stint, Sonakshi Sinha has flaunted her long lustrous locks in different styles–poker straight to soft waves. But here she is, beaming in her Instagram selfie, in a brand new hair avatar: a BoB!

“I’m a very impulsive person. I’ve been wanting to change my hairstyle for the longest time now, but I couldn’t because I was stuck in the continuity of the films I was shooting. One day I woke up and realised I’m done shooting all my films, I only have to promote my next two releases, and the next film I start is in January. I ran to the salon and chopped them off,” Sinha says. “I feel great. Liberated actually. It takes me all of four minutes to dry my hair after a wash.”

In her picture caption, she thanks her hairstylist, Kanta Motwani, who runs Kromakay salons across different parts of the city. Motwani believes that the younger lot in the industry has a real power to change people’s perceptions on trends, and it’s almost like a social responsibility to keep changing their hair.

L’Oréal Paris spokesperson Freida Pinto had swapped her long locks for a cute bob hairstyle, and she’s been rocking it in all kinds of envy-inducing ways ever since! The textured, beachy finish lends it an effortless summery vibe, making it the perfect short hairstyle.

“Freida just got a new haircut, which kind of lends itself to a light, airy style,” says hairstylist Johnny Lavoy, who formed her lived-in beachy wave.

It is believed that Freida Pinto had lopped off her long hair after her six-year relationship with the Newsroom star Dev Patel ended. The post-breakup chop was a major one but the result has been completely gorgeous.

Actress Priyanka Chopra had undergone a makeover and chopped off her long locks earlier this year.  The 32-year-old former Miss World, who is known for her black lustrous hair, said she opted for shoulder-length tresses to try out something adventurous.

“Time to do something spontaneous! Feeling a bit adventurous… Chopping the tresses!,” Priyanka, 32, posted on Twitter.

PC has time and again proven to be one of the most ethereally stylish divas of the industry. The latest stint to be added in her fashion diary is her ‘short hair.’

On Twitter, as her fans started anticipating about her new look, the actress posted a picture from the makeover process. She titled the picture as ‘work in progress.’

In one of the pre-Grammy bashes, Priyanka Chopra wore a pink strapless gown. Her short hair made sure to highlight her fine collarbones. She wrote on Instagram: “So much fun at the musicales event last night! My fav Bruce Springsteen performed! Yay”

PC loves experimenting with her hair in terms of length, colour and even the style. But right now everyone’s current obsession is Priyanka Chopra! From her role at Quantico to her transformations.

She definitely tops the charts when it comes to working the short hair do . Her shoulder length hair frames her face beautifully ! Also one cannot miss her short hair bob in the movie, PK. She dared to carry that look and did it good !!

She is not one to think twice about getting that drastic haircut and styles (unlike most Indian women), when Sharma needs a hair makeover, she goes all out.

She tries new hair-do’s every year but currently she continues to sport a cutesy lob now and has fun with her short crop—with soft curls, top knots and pin-up tails. The Bubbly actress and style trendsetter Anushka Sharma has also been announced as the new brand ambassador for hair care line Pantene.

Lobs and bobs continue to gain an iconic status and take on the world as batches of celebrities are opting for this haircut in a different texture. Go try out this trend and feel refreshed 😀

Lobs & Bobs: These Celebs are Loving it Short !! was last modified: May 29th, 2021 by Anamika Singh
Hairstyle 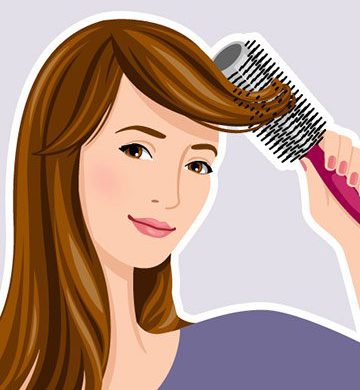 5 Ways To Style Your Bangs To Stop Them From Falling Over Your Face! 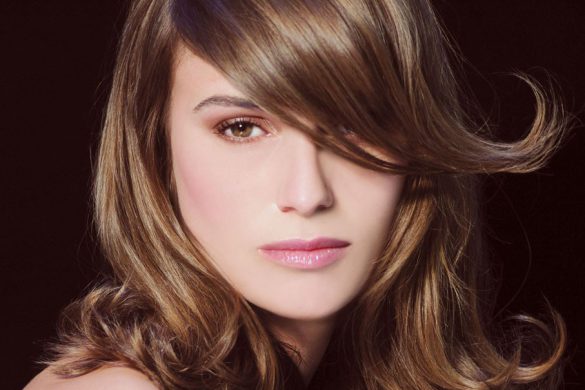 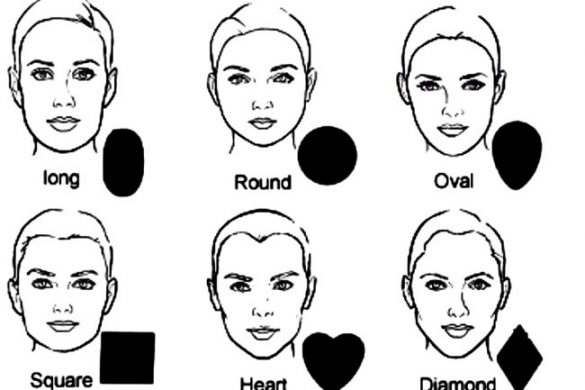 Check out the Best Hairstyles For Face Shapes to look your Best!

How Should You Wear Your Hair On Your Wedding Day?