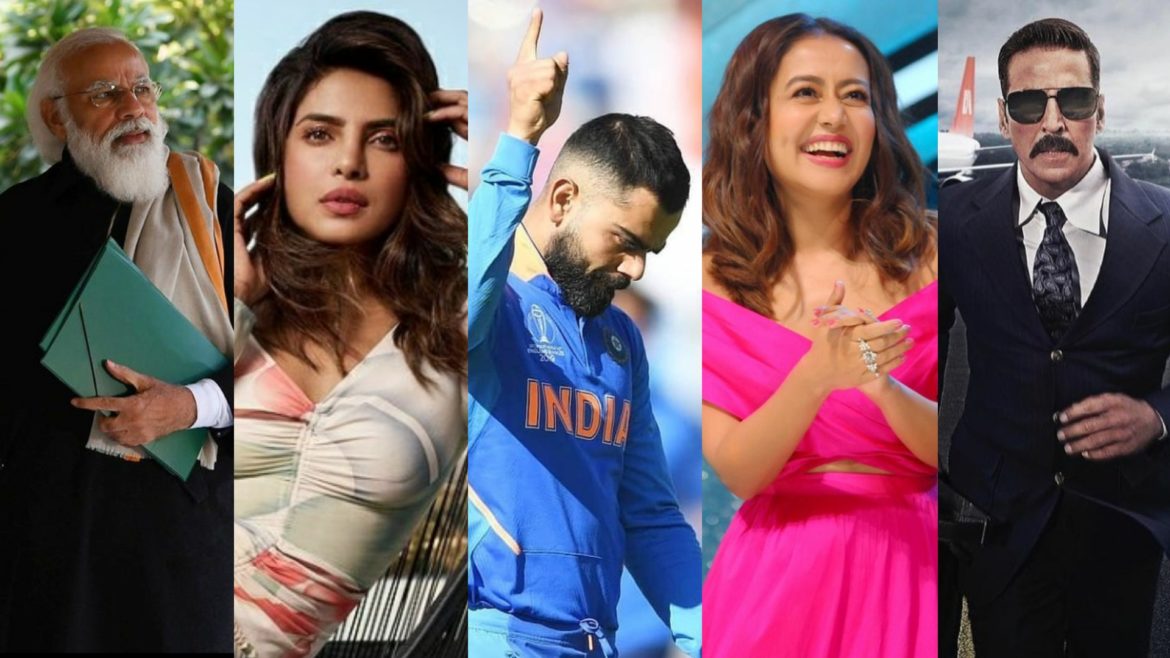 Instagram has no doubt became one of the most popular social media apps in today’s age. You will find every person having an Instagram account. Social media platforms are also a great way to know what our favorite celebrities are up to these days. In India, this photo-sharing social media has 180 million active users. Let us have a look at the top 10 most followed Indians on Instagram:

Virat Kohli is undoubtedly one of the most popular cricketer in the world, He stands at the top of the list of the most followed Indians on Instagram with 190 million followers! He is the first Indian to have more than a 100 million followers. His Instagram account journals his cricket practices, his family life, and collaborations, paid advertisements with brands

Priyanka Chopra has made her name globally as the most popular Indian actress who made her mark in Hollywood too. She has 76.1 million followers and is the most followed female Indian on Instagram. She is an all rounder- actress, activist and business woman. Her profile perfectly displays all of her passions at one place.

Shraddha Kapoor is the third most followed Indian on Instagram with 70.8 million followers. She is known for her films like Aashiqui 2, Ek Villain, Stree, etc. Through her instagram profile, she captures all important moments of her life. She features in listings of the most popular actresses in the country. She has been featured in Forbes India’s Celebrity 100 list since 2014 and was featured by Forbes Asia in their 30 Under 30 list of 2016.

Neha Kakkar Singh is an Indian playback singer and has 69 million followers on Instagram. She is the younger sister of playback singer Sonu Kakkar. She began performing at a very early age at religious events. In 2005, she participated in the second season of the singing reality show, Indian Idol and has since voiced some of the greatest hindi bollywood songs of all times.

Deepika Padukone is the 5th most followed Indian on Instagram with 65.7 million followers. She is the highest paid Bollywood actress. Time named her one of the 100 most influential people in the world in 2018 and she has also earned three filmfare awards for her brilliant performances in movies. Deepika’s Instagram account is filled with BTS videos, photos, and amazing reels on trending songs.

The official account of Mr. Narendra Modi, the Prime Minister of India has 66.6 million followers on Instagram, he is one of the most followed political leaders in the world. He is also known as the digital Prime Minister of India because he is very active on all of his social media accounts. His account covers all of his activities including political rallies, meetings, official visits, important announcements, wishes on festivals, etc.

Alia Bhatt is an Indian actress. She made her Bollywood debut in 2012 in the movie Student Of The Year but appeared in the movie Sangharsh as a child actress in 1999. Alia Bhatt is now followed by 62.2 million users on Instagram and comes on the seventh position in the list of highest followed Indians on Instagram. Mostly, Alia shares her own photos but sometimes she also posts travel videos and fashion tutorials.

Akshay Kumar is one of the most popular Bollywood actor and has 61.4 million followers, the most for any male actor in India. His full name is Rajiv Hari Om Bhatia, known professionally as Akshay Kumar, is an Indian-born naturalised Canadian actor, film producer, martial artist and television personality. He has been in the industry since early 1990s and has been providing hit films ever since. His latest movie released was Bachhan Pandey.

Jacqueline Fernandez is a Sri Lankan actress and model. She has 59.7 million followers on the social networking apps She has worked in Indian films, predominantly in Hindi, besides appearing in reality shows and music videos. Debuting with Aladin in 2009 she has since then established a career in the Hindi film industry. Her latest project was a music video with Michele Morrono, the ‘365 Days’ fame, voiced by Tony Kakkar and Neha Kakkar.

Anushka Sharma is a popular bollywood actress, producer and the wife of Cricketer Virat Kohli, she has 57.6 million followers on Instagram. She has received several awards, including a Filmfare Award. She has appeared in Forbes India’s Celebrity 100 since 2012 and was featured by Forbes Asia in their 30 Under 30 list of 2018. her account features herself and her family and her professional projects.

Instagram has been heavily dominated by these celebrities and popular figures, this app allows us and them to share pictures, videos, reels, updates and what not and is a great way to make connections with the audience. Unlike Facebook, the crowd on Instagram is still young, and thus, is preferred more by most users and therefore the content created is much more youth-friendly. With India being the second most populous country in the world, we hope that these celebrities who have such massive follower list, can highlight their country and culture on a global level with the platform they have.

THE MOST FOLLOWED INDIANS ON INSTAGRAM was last modified: April 11th, 2022 by Pranjali
InstagramMost Followed IndiansTrending 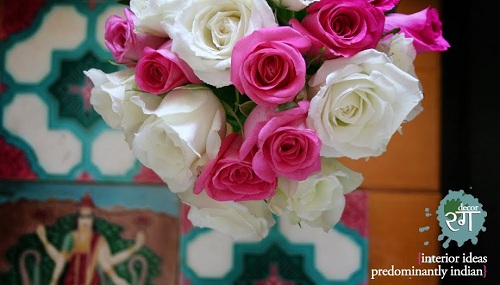 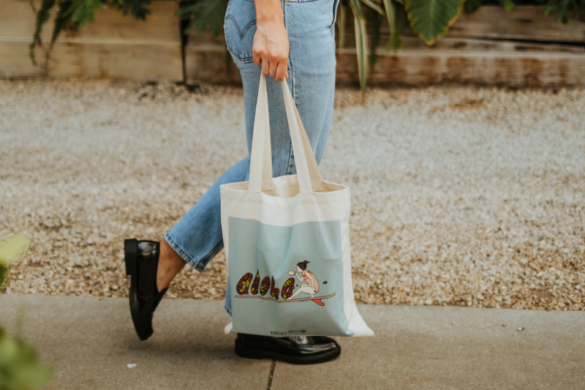 Save Earth by Saying No to Plastics with “No Plastic Shop”