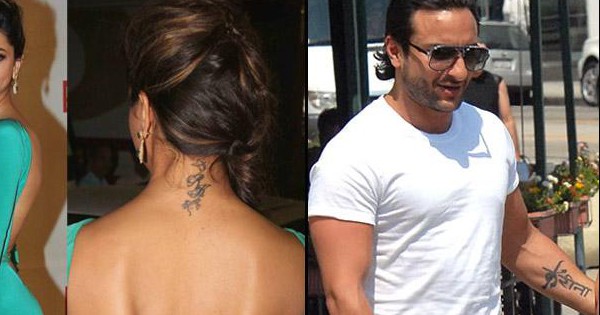 He inked the name of his girlfriend on his wrist as ‘Mera Pyaar, Meri Amy‘. His girlfriend was his co star in film ‘Ekk Deewana Tha’ an English Hottie Amy Jackson. He had a colourful tattoo which he kept even after their break-up.

Amy Jackson went public with her bold and clear tattoo on her hand. This hot, removed .English girl get it tattooed the name of Prateek as ‘Mera Pyaar Mera Prateik’ but when they broke their relationship, Amremoved.

This hottie has inscribed initials ‘RK‘ which means ‘Ranbir Kapoor‘ on the nape of her neck. She kept it intact even after their break-up.

This hot couple started the trend of tattoo in bollywood. Saif Ali Khan inscribed the name of his ladylove in Devnagari script from the time he got in the relationship, on his forearm. This tattoo became the talk of the town overnight and from then onwards there is a trend of tattoo love in tinsel town.

This Greek God of Hindi Cinema got his wife ‘Suzanne’s name inked on his left wrist as a surprise for her when she was not in town. Even after their break-up, he shows no signs of alterations in it.

This tattoo came into the picture during the shooting of ‘Kites‘ and rumours of alleged affair of Barbara Mori and Hrithik Roshan. These two posed to show their tattoo which silenced all rumours. After separation, Suzanne got these happier days remain altered.

This Bollywood celebrity got married to Dubai-based Austrian businessman Peter Haag and got his name tattooed on his ring finger.

So, these were some of the celebrities following the trend. There are many more to follow this trendy practice in Bollywood. Let us wait, watch and enjoy the upcoming changes in this trend. Till then, Chillax!! 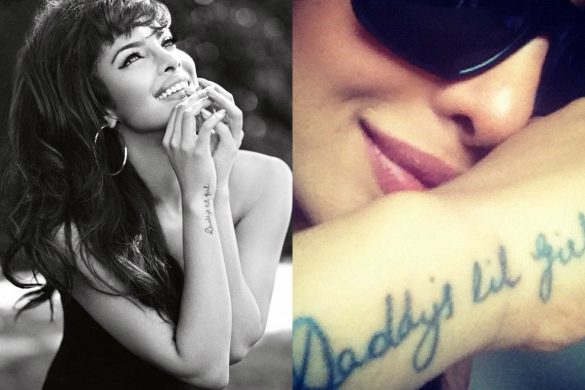 Getting a Permanent Tattoo – 5 Things To SURELY Consider Before that!